Asked during a post-fight press conference backstage what he — as one who “represents Israel” as an athlete from the Jewish state — makes of “everything happening” in the country in light of West’s recent antisemitic statements, Levy expressed “pity” for those mired in hatred.

“I think life is too short to hate,” he said.

“So to all these hateful people: it sucks for you, I pity you,” he added.

Addressing West directly, the 31-year-old Levy — who picked up his second win inside the Octagon on Saturday — said, “If you’ve got a problem with me or my people, come see me, bro.”

Subsequently, Levy was asked if he had noticed that West ’s rhetoric has emboldened many others to repeat similar hateful messages online, to which he responded, “Trust me, I’ve noticed it … I get a lot of ‘lovely’ DMs all the time.”

The Israeli mixed martial arts (MMA) fighter then proclaimed that he bears no shame over his Jewish background. 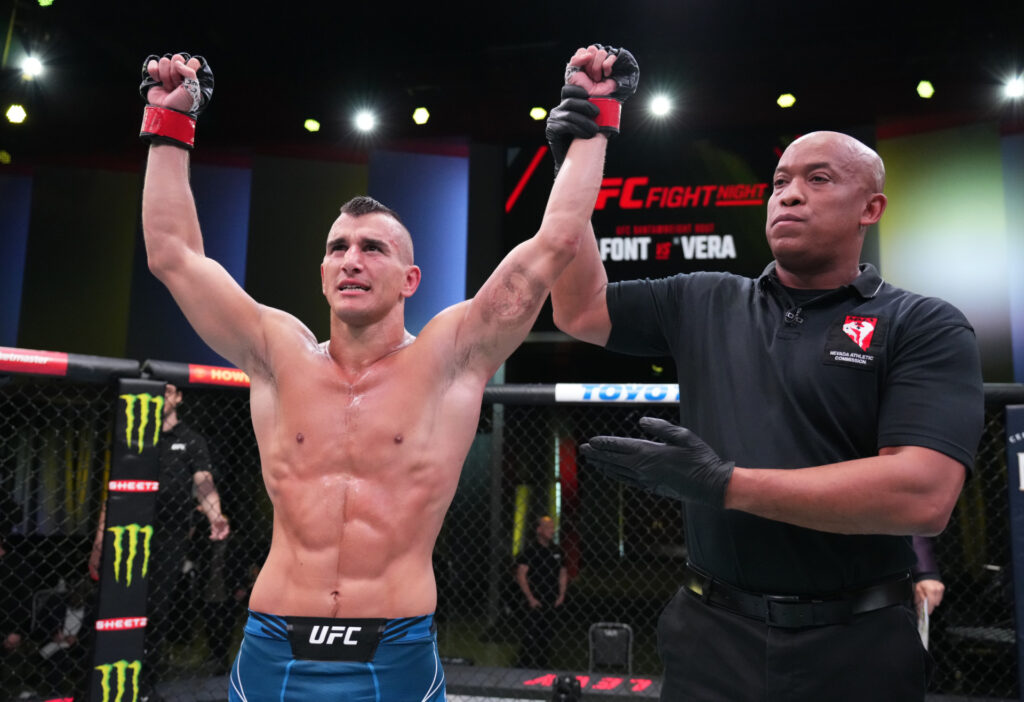 Natan Levy of Israel reacts after his victory over Mike Breeden in a lightweight fight during the UFC Fight Night event at UFC APEX on April 30, 2022 in Las Vegas, Nevada. (Chris Unger/Zuffa LLC)

Levy concluded by declaring he would not “stand” for hate, as he warned those who “bully” others around him. 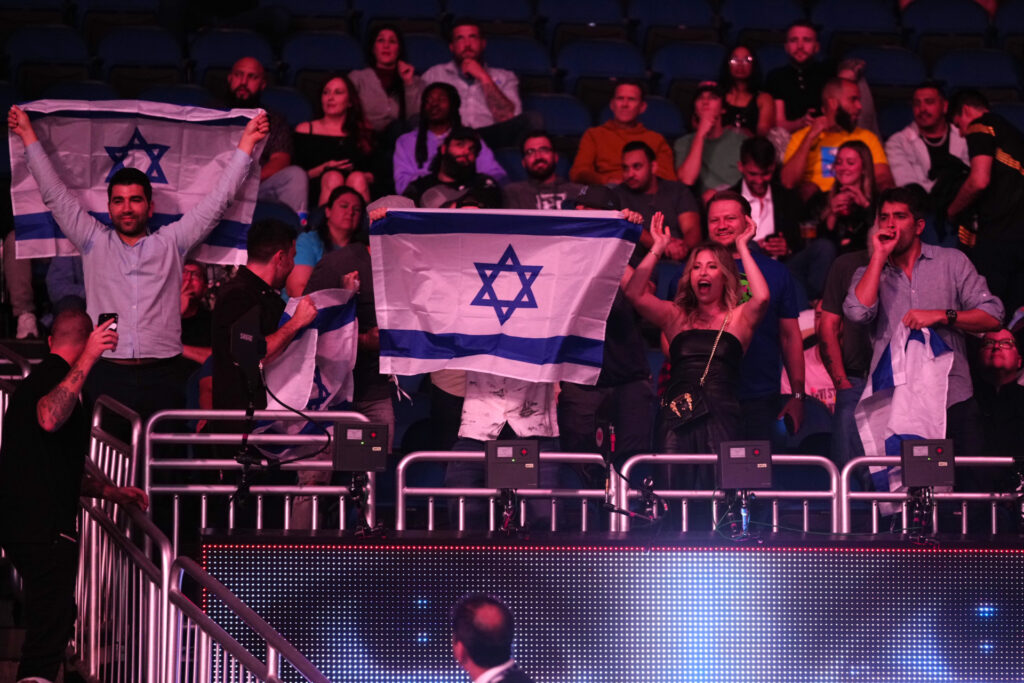 Fans show support for Natan Levy of Israel prior to his lightweight fight against Genaro Valdez of Mexico during the UFC Fight Night event at Amway Center on December 03, 2022 in Orlando, Florida. (Jeff Bottari/Zuffa LLC)

“Don’t bully anybody around me or I’m gonna find you,” he added.

Earlier this year, Levy dedicated a victory to Holocaust victims.

“This week was remembrance day for the Holocaust, I would take a minute of silence for every victim we had, but it would take 11 and-a-half years, I think the broadcast would end before that,” he said.

“So I will sell my fight kit [and] the profits will go to Holocaust victims who made it and are still alive today,” he added.

Levy’s recent remarks come as West continued his attacks on Jews this past week, with the  controversial rapper praising Hitler during an appearance on the Alex Jones Show.

Kanye ‘Ye’ West: “I like Hitler. … I’m not trying to be shocking, I like Hitler. The Holocaust is not what happened, let’s look at the facts of that and Hitler has a lot of redeeming qualities.” pic.twitter.com/UwCu2ZJfid

On Thursday, Elon Musk’s Twitter suspended West after he used the platform to share an image of a swastika merged with the Star of David.

The suspension came only two months after the rapper was reinstated to the social platform.

“Just clarifying that his account is being suspended for incitement to violence…,” Musk wrote.

Spread the love A Libyan refugee faces trial in Paris this week after allegedly raping a woman at knifepoint after she hosted him in her home for several weeks. The trial of Libyan refugee Samir L., said to be in his late thirties, began this week on Thursday at the Paris Assizes court, where he is […]

Spread the love On Thursday’s broadcast of MSNBC’s “Morning Joe,” Steve Rattner, who served as counselor to the Treasury Secretary in the Obama administration, argued that Federal Reserve Chairman Jerome Powell got inflation wrong in part because “the White House was signaling that they thought inflation was going to come down.” And Powell “is a team […]

Trump ‘Needs Better Judgment in Who He Dines With’

Spread the love Representative James Comer (R-KY) said Sunday on NBC’s “Meet the Press” that former President Trump needed “better judgment in who he dines with” after reports circulated that he shared a dinner with white nationalist Nick Fuentes and the rapper Kanye West at his Mar-a-Lago estate. Anchor Chuck Todd asked, “As a member […]