A former intelligence officer with the Central Intelligence Agency (CIA) says that Iranian soccer players could face punishment from their own government after getting eliminated from the World Cup following their 1-0 loss to the United States on Tuesday.

Mike Baker, a former covert intelligence officer with the agency, told the New York Post that the Iranian players are in a no-win position on and off the field, given their government’s history of exacting revenge against its people.

“Given what we’ve seen from the Iranian regime … they’ve shown themselves to be brutal and there’s no reason to believe they’re going to suddenly become rational,” Baker explained. 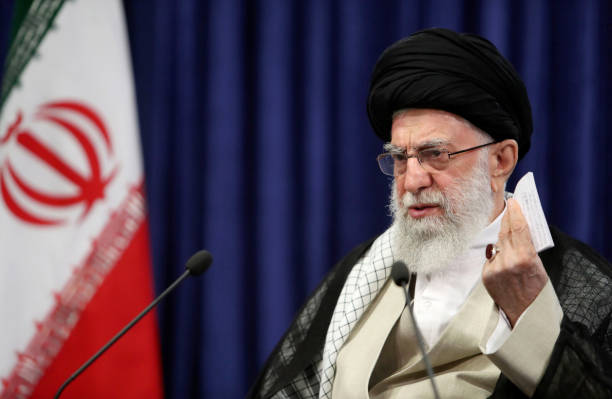 The Iranian national team isn’t just potentially at risk for losing to the U.S. on the soccer field. The team also took part in a silent protest of the Iranian regime by refusing to sing their country’s national anthem before their World Cup opener against England.

Protests have raged across Iran for over two months since the death of 22-year-old Mahsa Amini (also known as Jina Amini). Amini reportedly died in police custody after being arrested for refusing to wear her hijab. 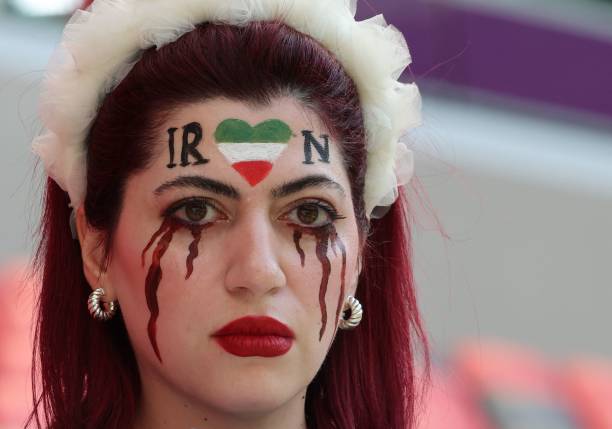 An Iran supporter with her face made up to show tears of blood under a heart in the Iranian colours, poses for photographs ahead of the Qatar 2022 World Cup Group B football match between Wales and Iran at the Ahmad Bin Ali Stadium in Al-Rayyan, west of Doha on November 25, 2022. (GIUSEPPE CACACE/AFP via Getty Images)

According to reports, the Iranian players were required to meet with the Iranian Revolutionary Guard Corps (IRGC) after they refused to sing the anthem.

In addition, a CNN report on Monday claimed that the families of Iranian players had been threatened with imprisonment and torture if the team took part in any further disobedience before the start of the game against the United States.

Baker told the Post that if the Iranians had won on Tuesday, it might have lessened or even erased any retribution over the anthem incident.

“The regime would have used them for their own purposes,” Baker said. “They would have spent all the focus on the victory, defeating ‘The Great Satan’ or whatever clever phrases they come up with.”

Now, given the protest and their defeat at the hands of the “Great Satan,” Iranian players are facing a worst-case scenario.

“Neither is good if you’re an Iranian player upon returning home,” Baker said.

Spread the love The illegal alien accused of killing 24-year-old Weld County, Colorado, Sheriff’s Deputy Alexis Hein-Nutz — just one week before her 25th birthday — had a criminal history, but federal agents failed to deport him. As Breitbart News reported, 36-year-old illegal alien Norberto Garcia-Gonzales has been arrested and charged with killing Hein-Nutz in a […]

Spread the love Texas Republican Sen. Ted Cruz was treated to New York’s famous hospitality as fans flipped him off in the stands during Sunday’s game between the Yankees and the Houston Astros. Spectators were seen giving the Republican the finger as he walked down the aisles at Yankee Stadium in the Bronx as the […]

Man Fatally Stabbed in Neck While Riding the Subway

Spread the love A man was fatally stabbed in the neck while riding the subway in New York City on Friday night, according to police. Tommy Bailey, 43, was slashed at approximately 8:50 p.m. by an unidentified man after they were engaged in a dispute while on the southbound L train subway near the Atlantic […]