Schumer dedicated nearly two minutes on the Senate floor to discuss the “disgusting news” over Thanksgiving weekend that Trump dined with Fuentes and West at Mar-a-Lago.

“Last week it was reported that Donald Trump, the former president of the United States and Republican standard bearer, had dinner at Mar-a-Lago with a notorious bigot who fancies himself a leading thinker on the extreme edges of the hard right, embracing everything from white nationalism, to antisemitism, to outright Holocaust denial,” Schumer said.

Just now on the Senate floor, @SenSchumer denounced Trump’s dinner with Fuentes and Kanye at Mar-a-Lago, and praised Trump’s “friends and allies” who “are pushing him to do the right thing by condemning” Fuentes, since Trump “does not seem to have the honor to do it on his own.” pic.twitter.com/StgTq18vpP

“For a former president to sit down and have dinner with a high-profile antisemite is disgusting, and dangerous,” Schumer said. “To give an antisemite, even the smallest platform much less than audience over dinner is pure evil.”

In recent months, West has been widely condemned and has lost business deals due to his antisemitic rhetoric. Further, Fuentes is an outspoken Holocaust denier with a litany of racist remarks in his past. Fuentes is now reportedly working for West’s purported 2024 presidential campaign.

After reports about the dinner surfaced, Trump said he only invited West to dinner and blamed West for bringing Fuentes along. 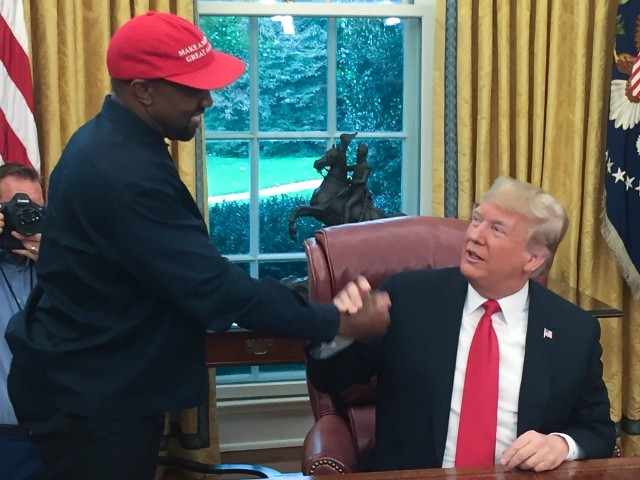 “So I help a seriously troubled man, who just happens to be black, Ye (Kanye West), who has been decimated in his business and virtually everything else, and who has always been good to me, by allowing his request for a meeting at Mar-a-Lago, alone, so that I can give him very much needed ‘advice,’” Trump wrote on social media.

“He shows up with 3 people, two of which I didn’t know, the other a political person who I haven’t seen in years,” the former president added. “I told him don’t run for office, a total waste of time, can’t win. Fake News went CRAZY,” Trump said.

Trump said he and West discussed politics and that he discouraged West from running for president in 2024.

“Anyway, we got along great, he expressed no anti-Semitism, & I appreciated all of the nice things he said about me on ‘Tucker Carlson.’ Why wouldn’t I agree to meet? Also, I didn’t know Nick Fuentes,” Trump said on social media.

However, Schumer called out Trump over his failure to condemn Fuentes once he discovered Fuentes’ ties to white supremacy and antisemitism. 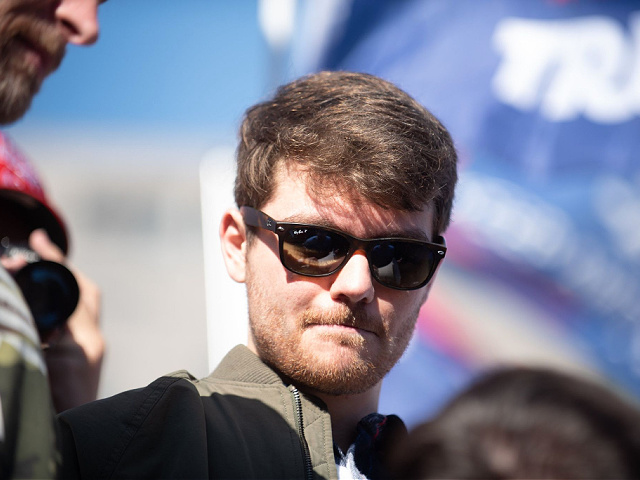 Nick Fuentes, the leader of a white nationalist group, speaks to his followers in Washington, DC, on November 14, 2020 (Photo by Zach D Roberts/NurPhoto via Getty Images)

“Even assuming the former president didn’t realize Mr. Fuentes was coming to Mara Lago, for him to refuse to condemn Fuentes and his bigoted words after the dinner is appalling, and it is dangerous,” Schumer said.

Schumer also called on his Republican colleagues in the Senate to speak out against Trump’s dinner with Fuentes and West.

“I vociferously condemned the former president’s decision to meet with this antisemite and urge my colleagues on both sides of the aisle to do the same.”

Spread the love Host Alex Marlow begins today’s episode with commentary on Kanye West’s fascinating interview with Tucker Carlson from last week—and then West’s decision to light himself on fire with an anti-Semitic social media post. Is he actually a Jew hater? Maybe not, but he certainly made himself sound like one, which is too […]

Spread the love The Pennsylvania House of Representatives on Wednesday voted to impeach George Soros-funded Philadelphia district attorney Larry Krasner. Krasner, who was first elected in 2017, won reelection in 2021 with the help of a $1.7 million boost from Soros’s Justice and Public Safety PAC. During his tenure as district attorney, he has reformed Philadelphia’s bail […]

‘They Threatened My Life’ for Wearing a Trump Hat

Spread the love Kanye West said Thursday on FNC’s “Tucker Carlson Tonight” that he was told he would face death threats for liking Donald Trump. West said, “My so-called friends, slash handlers around me told me, like, if I said that I like Trump, that my career will be over, that my life would be […]