NYPD Detective Michael Lollo was in Times Square when he noticed a billboard advertising organ donations, USA Today reported. He also read a newspaper article on the same subject, which prompted him to decide that he would donate one of his kidneys.

He attempted to donate to two other individuals, but, unfortunately, it did not work out. He eventually matched with Ruth Tisak, 59, the wife of a Marine veteran, the outlet noted.

Lollo and Tisak did not know each other’s identities during the transplant process, but they both started to form a friendship by anonymously writing letters to each another.

Following the completion of the kidney transplant surgery, their identities were revealed, which gave them the opportunity to meet in person.

Their friendship continued to grow, and it eventually reached the point where their families gathered and shared a Thanksgiving meal this past week, creating a heartwarming moment.

Lollo’s donation is not the first time an NYPD officer has saved lives through an organ donation.

In January, Wilbert Mora and his partner, Jason Rivera, were fatally shot while responding to a domestic violence call in Manhattan; it was later revealed that Mora was an organ donor, Breitbart News reported. 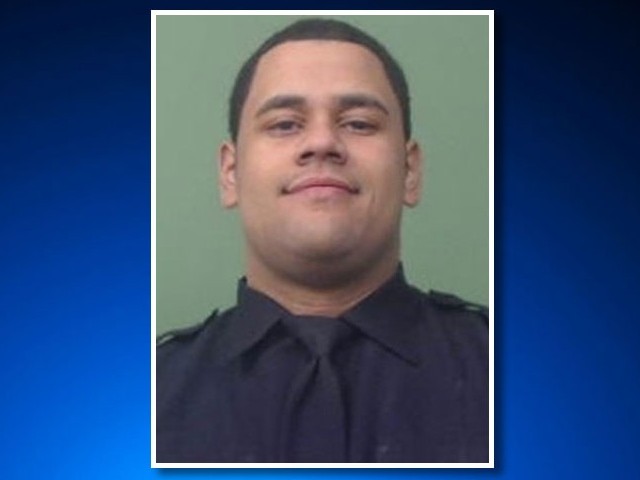 Mora’s heart, liver, kidneys, and pancreas were given to five individuals who were in need of a transplant, with one of the recipients being a member of Mora’s family.

According to the Health Resources and Service Administration’s website, approximately 108,500 Americans are on a national waiting list for an organ transplant, 90,483 of whom are waiting for a kidney donation.

It added that more than 40,000 organ transplant surgeries were performed last year, including 24,670 kidney donations. The majority of those who are on the waiting list are over the age of 50.

Spread the love Breitbart’s Jerome Hudson, filling in for host Alex Marlow, opens today’s podcast with President Joe Biden distancing himself from what could be a massive rail strike, only after taking credit for avoiding a potential disaster. Jerome then dives into Apple CEO Tim Cook’s upcoming trip to Washington and what members of Congress […]

Spread the love New Jersey Governor Phil Murphy made a supreme sports gaffe after congratulating two pro sports teams who play in other states and somehow forgetting even to mention the success of the Giants and the Jets, both of whom play in his own state. Murphy took to Twitter to congratulate the Philadelphia Eagles […]

Spread the love President Joe Biden on Saturday is hosting a wedding for his granddaughter at the White House, but the family plans to keep everything very private and secret. Biden’s granddaughter Naomi, the daughter of Hunter Biden and his ex-wife Kathleen Buhle, is marrying her fiancé Peter Neal in a ceremony on the South […]