The U.S. Men’s National Team (USMNT) infuriated Iranian officials by briefly using an Iranian flag that lacked the Islamic Republic’s symbol in the center of the banner on the U.S. team’s social media World Cup posts.

The USMNT posted a statement saying it intended to use the incomplete Iranian flag for 24 hours to show “our support for the women in Iran.” 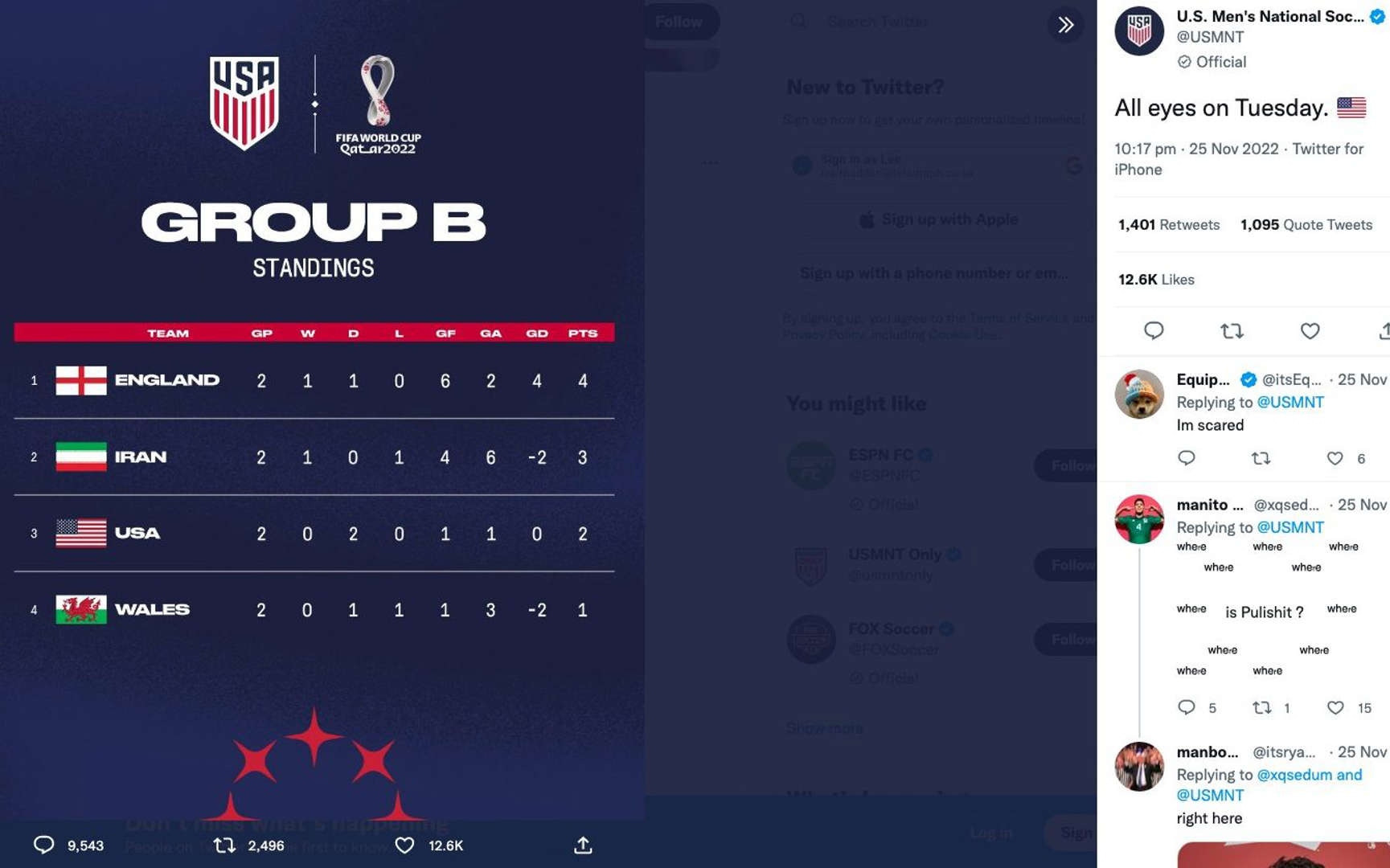 The USMNT used a flag to represent Iran in its World Cup social media posts that appeared solely as a green, white, and red striped banner, deleting the central symbol of a sword and four curves representing the saying “There is no god but GOD.” The design is also meant to represent a tulip or lotus flower. The symbol was created in 1980 by the Islamic Republic after the 1979 Mullah revolution that ousted the Shah of Iran from power, the Daily Mail reported. 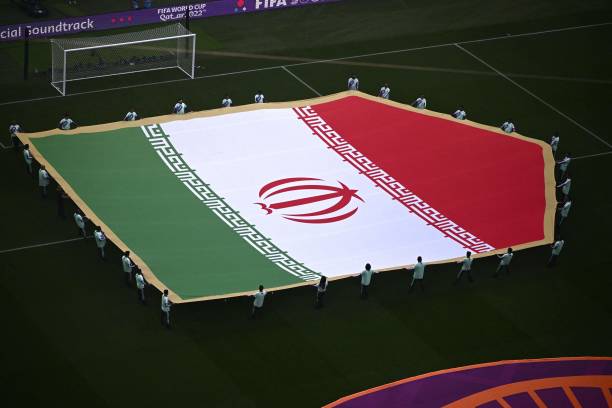 A giant national flag of Iran is displayed on the pitch at the Khalifa International Stadium before the Qatar 2022 World Cup Group B football match between England and Iran in Doha on November 21, 2022. (JEWEL SAMAD/AFP via Getty Images)

The U.S. will face Iran in a crucial game on Tues., Nov. 29, that will determine which one of them will continue to the next round at the World Cup. Should Iran win, it will knock the U.S. out of the games. But a tie would also send Iran to the next round.

Safiollah Fagahanpour, an adviser to the Iranian Football Federation, accused the U.S. of trying to upset the Iranian team with the flag stunt and called it “illegal” according to FIFA rules.

“They must be held responsible. Obviously they want to affect Iran’s performance against the US by doing this,” Fagahanpour said, according to Iran’s ISNA news agency.

“According to section 13 of #FIFA rules, any person who offends the dignity or integrity of a country, a person or group of people… shall be sanctioned with a suspension lasting at least ten matches or a specific period, or any other appropriate disciplinary measure,” Iran’s state-affiliated media Tasnim News Agency wrote on Twitter.

The agency added, “By posting a distorted image of the flag of the Islamic Republic of #Iran on its official account, the #US football team breached the @FIFAcom charter, for which a 10-game suspension is the appropriate penalty. Team #USA should be kicked out of the #WorldCup2022.”

The USMNT claimed that the incomplete Iran flag was posted as a way to stand in solidarity with the current wave of protests that have swept the strict Muslim nation after the Sept. 16 death of 22-year-old Mahsa Amini, who was murdered by so-called “morality police” for not wearing her hijab correctly.

Since Amini’s death, protests have sprung up across Iran and hundreds of protesters have been killed by police. Only a week ago, several children were killed in the southwestern city of Izeh during protests that are becoming known as “Bloody November” by dissidents.

The Iranian judiciary has resorted to issuing death sentences to protesters in a desperate attempt to scare participants from joining future disruptions. Some of the condemned protesters have already been executed, and more will follow.

There have been repercussions for World Cup players, too. After Iran’s team refused to sing the Iranian national anthem during its first appearance at the games, Kurdish player Voria Ghafouri was arrested for supporting the protesters.

The USMNT returned to using the proper Iranian flag after its stated 24-hour period. All Iranian flags on its social media accounts now bear the Islamic Republic symbol at its center.

Spread the love Host Alex Marlow opens today’s podcast with inflation and Black Friday news before launching into Trump’s dinner with antisemite Kanye West and other assorted trolls including one of the internet’s most prominent purveyors of racism and Holocaust denial. Will Trump fire anyone on his staff for allowing this to happen? Who knows. […]