Republican Herschel Walker said during an interview on SiriusXM’s Breitbart News Saturday that Sen. Raphael Warnock (D-GA) is using a misleading campaign message about Walker’s hometown as a way to persuade voters to support Warnock.

Walker said the message, featured during a recent Warnock fundraiser in Walker’s rural hometown of Wrightsville as well as in a campaign ad, misleadingly characterizes a Warnock supporter from Wrightsville as Walker’s former football coach.

He added that the gentleman, named Curtis Dixon, also ran into legal trouble with a local Baptist church, which Walker indicated was a sign of Dixon’s lack of credibility.

.@ReverendWarnock is lying again. Curtis Dixon was never Herschel’s coach, teacher, or close to him. He must stop lying. Dixon stole from St. Galilee Missionary Baptist Church and was ordered to give the money back. Just like Warnock, Dixon took from the needy to enrich himself. https://t.co/0CsD8YMndu

Dixon was first featured as one of three anti-Walker on-the-record sources in a New York Times piece published in October that alleged a “racial divide” existed in Wrightsville and that Walker had been ostracized from the black community there.

Several other residents of the Wrightsville area, however, strongly rejected that narrative and spoke about their overwhelming support for Walker in interviews with Breitbart News.

“I knew that the media was not going to be my friend, but it’s not about the media, what they say about me. It’s what I’m doing to help the people,” Walker said in reference to the various vicious attacks from the Times and other left-leaning outlets about his hometown and personal life.

Walker is facing Warnock in a highly competitive and expensive Senate runoff race taking place December 6. The runoff comes after neither candidate crossed the 50 percent threshold required by Georgia law to win the general election outright. 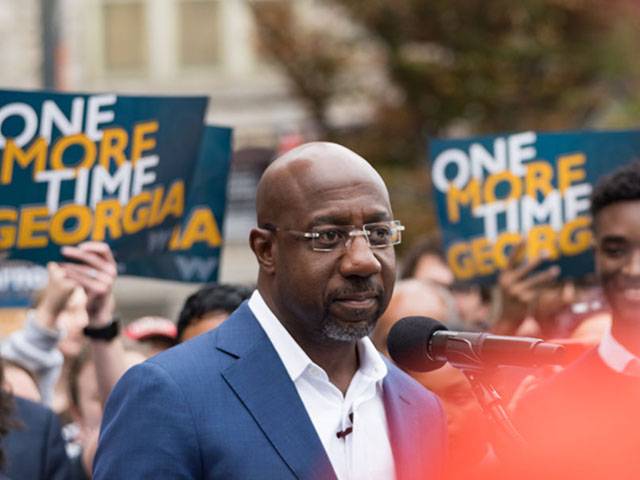 Democrats have already secured 50 seats for next year, enough to give them majority power given that Vice President Kamala Harris would cast tiebreaking votes. However, if Walker wins and Republicans reach 50 seats, Democrats would be forced into power-sharing agreements with Republicans and also need perfect attendance and agreement to pass pivotal votes.

Walker, who frequently speaks about his deep-seated faith and rags-to-riches life story, said he believes God has instilled in him the ability to take on Warnock and become a voice for Georgians in Washington.

“I came from this little town in middle Georgia with absolutely nothing, but because of the blessings of God, I played 15 years of pro ball, went and got a scholarship to go to college, won a Heisman Trophy, been on an Olympic team, have traveled all over the world, worked with the military for 15 years to remove the stigma of mental health. I’ve done some amazing things. But yet, that wasn’t the reason God gave me this ability here,” Walker said. “He gave me this ability here to stop Sen. Warnock, a man … that is coming to our government, want to separate the people just to get a vote. He wants to continue to tell us we’re bad people. Well, not on my watch.”

Spread the love A Border Patrol agent in South Texas rescued a young deer trapped in a fence along a ranch in Brooks County. The spike buck managed to get his head through the fence before being trapped by his antler. A video tweeted by Rio Grande Valley Sector Chief Patrol Agent Gloria I. Chavez […]

Spread the love Exit polling data from the 2022 midterm elections found that Generation Z and Millenials, those ages 18 to 29, voted for the Democrats by an overwhelming margin — showing get out the vote efforts on college campuses to be increasingly consequential.  A full 63 percent of the age demographic went for the Democrats while […]

Spread the love Handing out Halloween treats is going to be trickier this year. The cost of candy and chewing gum soared 13.1 percent compared with a year earlier in September, according to the Bureau of Labor Statistics — the highest increase ever recorded. The surge in candy prices is being driven by rising costs […]