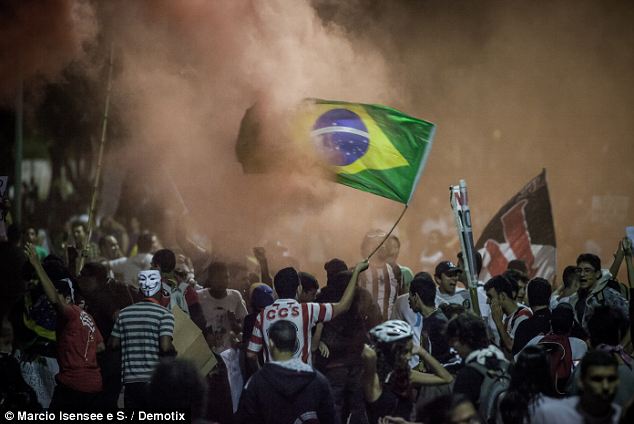 Some Brazilians protesting President Jair Bolsonaro’s defeat are having their bank accounts frozen. The reports come days after the electoral court ordered the blocking of major social media accounts disputing the results.

Bolsonaro lost to Luiz Inácio Lula da Silva last month in a closely contested election by a 49.1% to 50.9% margin.

Following his defeat, thousands of truck drivers parked their vehicles on highways across the country, like what truckers in Canada did to protest Covid measures. The protesters were claiming that the election was stolen.

“It is necessary, appropriate and urgent to block the bank accounts of those investigated, given the possibility of using resources to finance illicit and undemocratic acts, in order to stop the injury or threat to law,” said De Moraes, saying that there have been “repeated abuse of the right to assemble.”

Supreme Court Justice Alexandre de Moraes is cracking down on those doubting the election results.

“Those who by criminal means have been taking part in anti-democratic acts will be treated like criminals,” he said after suspending several key Bolsonaro supporters from social media.

Several local news outlets have reported that Moraes has frozen the bank accounts of over 40 people and companies that have been linked with the protests.

While in New York last week, Moraes said that “democracy in Brazil was attacked, but it survived.” He added that the trend of doubting election results was started in the US by the right and “spread to Eastern Europe and then to Brazil.”

Moraes’s tactics are following the tactics Canada’s Prime Minister Justin Trudeau used against civil liberties protesters of the Freedom Convoy – a move that Trudeau is still being investigated over.

Spread the love Hundreds of fans gather in Montevideo on Monday, November 28 to watch Uruguay’s second match at the 2022 World Cup against Cristiano Ronaldo’s Portugal. Uruguay earned a goalless draw against South Korea in their first outing. Portugal beat Ghana (3-2) to take command of the group before kick off. Source link

Spread the love The UN Security Council unanimously voted for extending the EUFOR mandate in Bosnia and Herzegovina in New York on Wednesday. The UNSC also rejected Russia’s draft resolution to establish a commission to investigate Russian claims that Ukraine and the United States are carrying out military biological activities on Ukrainian territory. Commenting on […]