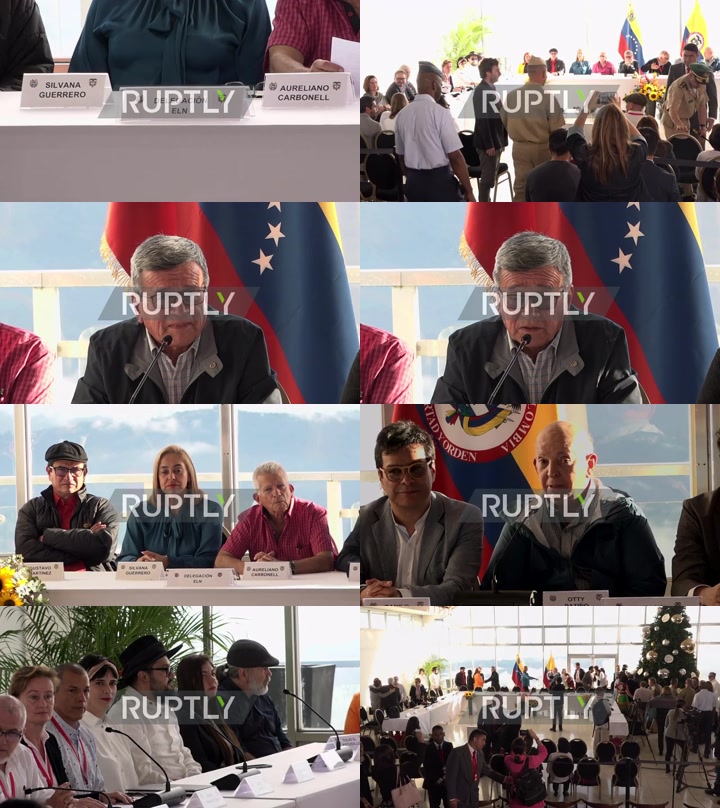 Delegations representing the Colombian government and the National Liberation Army (ELN) militant group, the last such organisation in the Latin American country, began formal peace talks on Monday, at a hotel in the mountains of Caracas.

“Let’s not say love at first sight, but trust at first sight, and the optimism of these first meetings,” said Otty Patino, head of the government’s delegation. “A reasonable optimism, which in this first meeting allows us to say that the trust we have in this process has been affirmed, to debate not only complicated issues like the ceasefire, but all other issues.”

It marks the first round of renewed peace negotiations, aiming to end the conflict in Colombia which has been ongoing since the 1960s. The country’s left-wing President Gustavo Petro, a former guerrilla fighter himself who took power in August, promised efforts to resume negotiations for the first time since 2019.

“There is a leftist government, that is the main difference. We have been dealing with governments since the 90s, and there really has not been a state policy, but what we managed to advance with one, the next denied it,” claimed Pablo Beltran, head of the ELN delegation.

“The difference today is that there is a progressive government, that since the electoral campaign said that it was risking peace. So we can say that we have an interlocutor,” he continued.

Talks were called off three years ago by former president Ivan Duque, after a car bomb attack on a police academy in Bogota which killed 22 people.

The negotiations, scheduled to last 20 days in the first instance, are backed by guarantors and observers from Cuba, Norway, Spain, Chile and Venezuela.

Spread the love   Russian President Vladimir Putin is preparing to call up one million Russian soldiers to fight in the war in Ukraine, a Russian newspaper has claimed. The report comes after military analysts identified a classified paragraph in Putin’s “partial-mobilisation” decree. In a televised address to the nation on Wednesday, the […]

Spread the love The artistic project ‘Les Machines de l’ile’ displayed one of its latest animatronics, a huge heron acting as a carousel, in Nantes on Saturday. Footage shows residents gathered to watch the heron animatronic taking a spin while some of its creators took part in the test. Co-author of the ‘Machines’ projects Pierre […]

USA: Biden says Elon Musk’s relationships with other countries 'is worthy of being looked at'