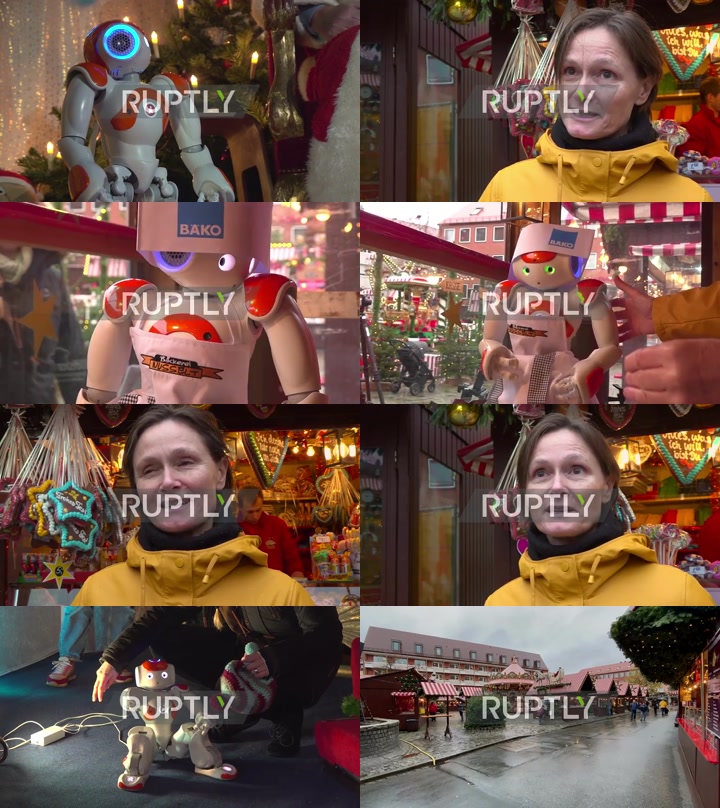 A little robot left his home at the Nuremberg Zoo to visit the city’s Christmas market on Friday, for a day of learning and exploration.

Nao the robot belongs to Alexandra Lang, who runs ‘The Bionicum’, an interactive exhibition that teaches children about bionics. Nao and his sister Emma are the stars of the show, drawing crowds from across Germany.

“The ‘bionicum’ is an exhibition in the Nuremberg Zoo, we show everything to do with bionics. So that’s the idea of copying things from nature to translate them into a better, namely into green technology,” Lang explained.

While on his little Christmas adventure, Nao met Santa Claus, learned how to make traditional pastries in a bakery, and even took a ride on a carousel.

According to Lang, this isn’t Nao’s first foray into the outside world, the little robot has been on many field trips with his robot mother.

“Nao and Emma, both actually, often go out of the Bionicum and experience adventures and that can be in the zoo, it can be at the university. But that can also be at the Christmas market, like here today.” Lang said.

Spain: Fans devastated after national team knocked out of World Cup by Morocco

Spread the love Spanish fans were disheartened in Barcelona after the national team were knocked out of the World Cup by Morocco on Tuesday. “Now I am very bad. My team has fallen, how am I going to be? It’s the same as always, too many back passes, we have to play more vertically. It […]

China: ‘We should unite and lead the people’ – President Xi builds third term

Spread the love President Xi Jinping, closed of the 20th National Congress of the Communist Party of China, in Great Hall of the People, in Beijing, on Saturday. He is expected to take the third term as a general secretary on Sunday while Premier Li Keqiang and vice premier Wang Yang would be retiring from […]

Russia: Moscow is ready to negotiate with Kiev based on current situation – Zakharova