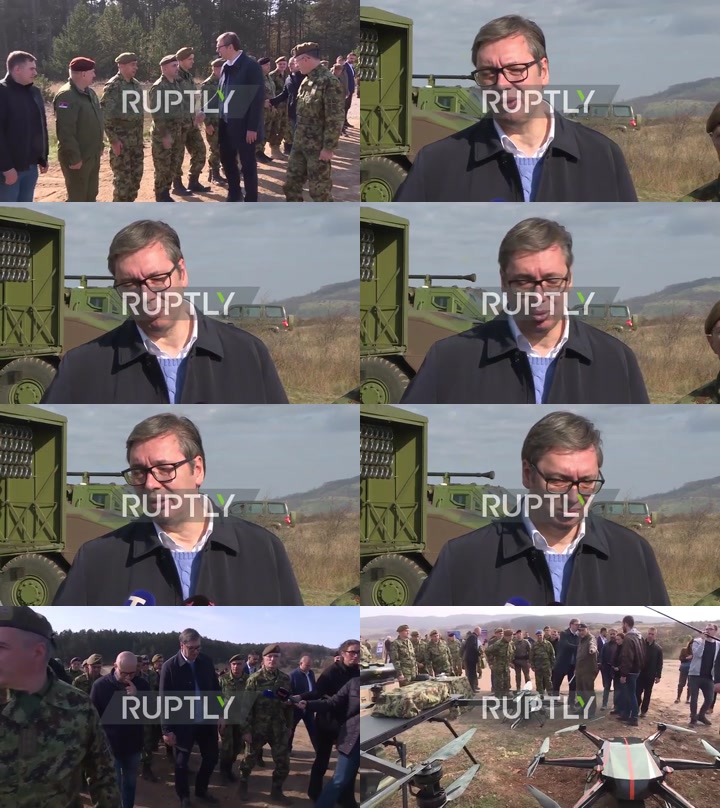 Serbian President, Aleksandar Vucic claimed that every politician in the world knows who is responsible for the ‘sabotage’ of the Nord Stream pipelines while speaking to journalists during ‘Manoeuvre 2022’, a military exercise at the Pasuljanska Livada training ground on Friday.

“There is no politician in the world who doesn’t know, but we all play dumb and remain silent so as not to harm the country’s interests. What can I say, that’s the kind of hypocrisy that is everywhere nowadays,” he said.

Vucic made the comments while discussing Serbia’s current gas surplus, explaining that his country ‘would survive somehow’ in the event of a similar act of ‘sabotage’ on the Balkan Stream pipeline.

“We currently have a total of 667 million cubic meters of gas in our four warehouses, one is ours and three are leased,” Vucic said. “Even if it were to happen to the Balkan stream we would survive somehow, I don’t know if others would,” he added.

In late September, leaks were found in the Nord Stream 1 and Nord Stream 2 gas pipelines in the Baltic Sea. The operator Nord Stream said three of the four strings were damaged, while German security services suggested that the pipelines could not be repaired.

The EU, US, NATO and Moscow claimed ‘sabotage’ to be the reason for the incident, although had different versions of events.

Russian President Vladimir Putin claimed that the West had ‘effectively started to destroy the pan-European energy infrastructure’, while US President Joe Biden accused Moscow of ‘pumping out disinformation and lies.’

Investigation of the accident is currently underway with Swedish, German and Danish authorities participating.

Spread the love On Wednesday, Iran’s Supreme Leader Ayatollah Ali Khamenei accused ‘enemies’ of being involved in the ‘street riots’ that have been taking place across the country following the death of Masha Amini. The Ayatollah made the comments during an address to the new members of the Expediency Discernment Council in Tehran. “The intervention […]

Spread the love The work of art ‘People in Barbed Wire’ by the artist Nandor Glid, erected 55 years ago, was extensively renovated during the last three years, as footage filmed on Tuesday shows. The spine-chilling artwork, with a large cast bronze sculpture with a length of over 11 meters, threatened to collapse and, therefore […]

Spread the love Democrat Senate candidate Mandela Barnes addressed his supporters in election eve canvass at a Glendale home on Monday one day ahead of midterm elections. Footage shows supporters, journalists and cameramen setting up and welcoming Barnes, as well as asking him about his plans and goals. “The only way we do better is […]