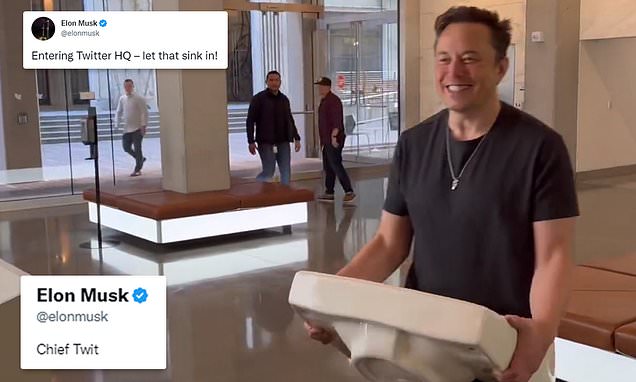 Elon Musk’s Twitter takeover has drawn widespread scrutiny after the businessman signalled plans to cut back some of the platform’s content restrictions to promote free speech, and considers the idea of blue tick fees.

Elon Musk has fired the entire Twitter board of directors, giving himself unrestricted control over the social media giant, according to a company filing. US Securities and Exchange Commission said Bret Taylor, former chairman of the board, and Parag Agrawal, former chief executive, are among the nine ousted directors. It comes as the Telsa CEO is rumoured to be considering plans to introduce a fee on blue ticks. Twitter users and celebrities have blasted Musk for the reported plans.

The billionaire celebrity, and self-proclaimed “Chief Twit”, completed his £38billion ($44billion) Twitter takeover last week, and took to firing the board of directors as one of his first jobs in the new role.

Meanwhile, The Washington Post reported that the first round of cuts is under discussion that could affect 25 percent of the company’s staff.

Among the reforms he is considering bringing in, charging for blue ticks is among the more contested.

On Monday, Jason Calacanis, a venture capitalist who is working with Mr Musk, tweeted a poll asking users how much they would be willing to pay for verification on the site.

Musk is also strongly considering raising the price of Twitter Blue from $5 (£4.30) to $20 a month (£17), with verified users given 90 days to sign up or lose their blue tick, according to multiple reports.

The potential move has sparked a backlash from users and those already verified on Twitter, including high-profile celebrities.

Celebrated author Stephen King, on Monday, Tweeted: “$20 a month to keep my blue check? F*** that, they should pay me.”

Referencing the energy company Enron, which collapsed in 2001 after hiding substantial financial losses, he added: “If that gets instituted, I’m gone like Enron.”

King is the latest celebrity to blast Musk on his rumoured verification fee plans, joining comedian and actor Kathy Burke, who tweeted: “Musk can f*** off with his idea of charging blue-tickers. I give my all to this hell site for free. Cheeky b**** should be paying me. Don’t need the poxy thing anyway.”
She added: “He may take our vibes but he’ll never take our memedom!”

Similarly, Grey’s Anatomy writer Shonda Rhimes left the site after Musk’s takeover, writing: “Not hanging around for whatever Elon has planned. Bye.”

Actor Jameela Jamil also left the site earlier this year, after Musk’s initial bid. She wrote: “Ah he got Twitter. I would like this to be what lies here as my last tweet… I fear this free speech bid is going to help this hell platform reach its final form of totally lawless hate, bigotry, and misogyny.”

US Democrat Senator Chris Murphy, who has requested the Committee on Foreign Investment to investigate the national security implications of his investment, said: “We should be concerned that the Saudis, who have a clear interest in repressing political speech and impacting US politics, are now the second-largest owner of a major social media platform.

“There is a clear national security issue at stake and [the Committee on Foreign Investment in the United States] should do a review.”

Spread the love Post-accident damage control has been conducted after a landslide hit the funeral ceremony in Yaounde killing 15 on Sunday. Footage filmed on Monday features the aftermath of the deadly accident as well as rescuers and red cross staff working at the scene. The landslide took place on Sunday when people gathered on […]

US Illegally Imposes Unilateral Decisions on Other Countries With Sanctions Threats, Economist Says