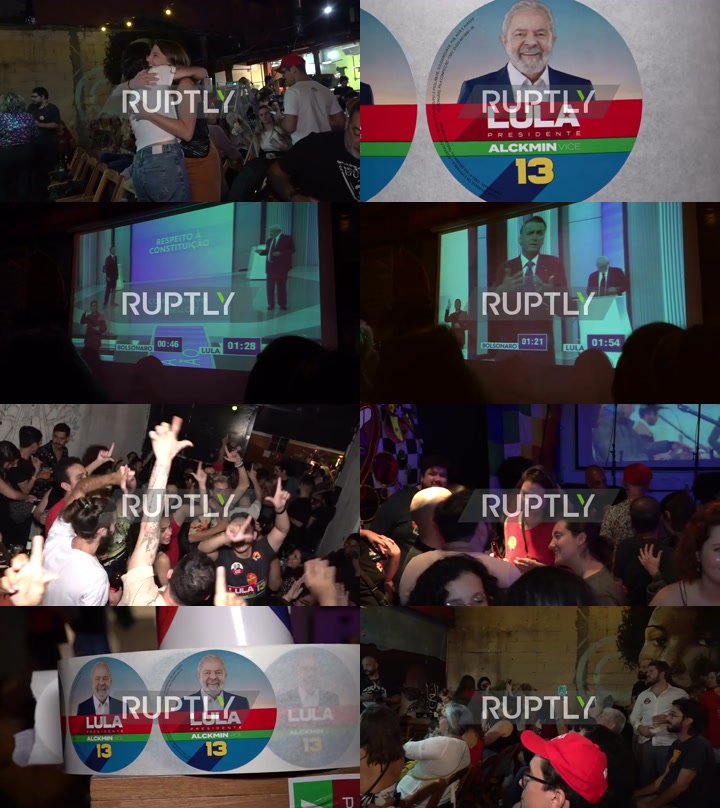 Dozens of Presidential Candidate Luis Inacio Lula da Silva’s supporters gathered on Friday at a bar in Sao Paulo to watch his final debates with incumbent President Jair Bolsonaro ahead of a second round of the presidential election.

Footage features people singing songs as well as cheering while watching the debates on a large screen.

“Today, I opted to come here at this bar to be here as a group and together with other people to watch the debate and it’s going to be decisive for this electoral clash,” one of the supporters said.

Another respondent mentioned that Lula ‘defends freedom, food and work for all, medication for health centres,’ adding: “I’m not really sure what the other candidate defends.”

In round one, Lula, who served as president from 2003 to 2010, got 48.1 percent, while Bolsonaro received 43.5 percent. The runoff was triggered when neither candidate achieved more than half the votes cast.

Spread the love Archive footage filmed in 1980 features Moscow’s Summer Olympics, which took place during Cold War tensions and a US-led boycott of the event. The opening and closing ceremonies show athletes from participating nations carrying their flags, as thousands of spectators watched on. The official mascot, Misha the bear, can also be seen […]

Spread the love The European Parliament voted not to accept travel documents issued by Russia in breakaway territories in Ukraine and Georgia, Thursday. MEPs claim that the incorporation of Crimea, Donetsk, Lugansk, Kherson and Zaporozhye into the Russian Federation is illegal. They have also condemned Russia’s decision to recognise the independence of Abkhazia and South […]