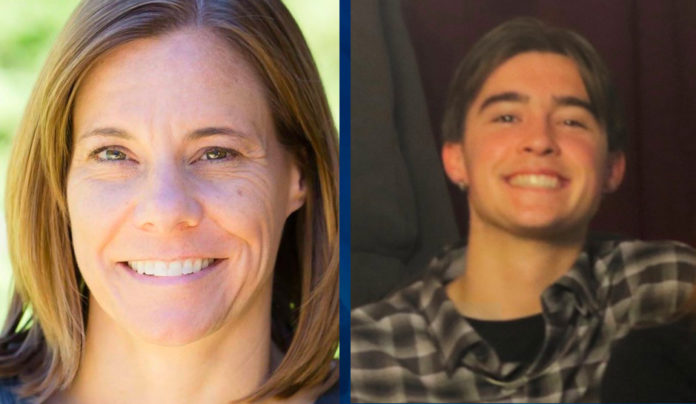 Troopers with the Nebraska State Patrol have apprehended the subject of a law enforcement alert from Texas and discovered a deceased individual in the trunk of a car. The discovery came after troopers located and pursued a vehicle suspected to be involved in a homicide in Texas.

At approximately 2:45 p.m. Friday, NSP was alerted by authorities with the Harris County Sheriff’s Office in Texas that a vehicle believed to be involved in a homicide was traveling in Nebraska. Troopers were able to locate the vehicle, a Mazda 3, less than 15 minutes later as it was traveling westbound on Interstate 80 near Grand Island.

A trooper attempted a traffic stop, but the driver of the vehicle fled at a high rate of speed. The trooper initiated a pursuit. The suspect vehicle continued westbound with speeds in excess of 110 miles per hour.

After approximately nine miles, the Mazda attempted to slow down, but struck the rear of a semi, left the roadway, and struck a tree in the ditch near mile marker 299. Troopers were on scene immediately and located the driver with severe injuries. Troopers then located a deceased woman in the trunk of the car. NSP is currently working to positively identify the victim.

The driver is a 17-year-old male from Texas. The driver has been transported to St. Francis Hospital in Grand Island with what are believed to be non-life-threatening injuries.

The Harris County Sheriff’s Office in Texas on Friday issued an alert for the teen and his mother, Michelle Roenz, 49.

Update #2: the crash occurred near Aurora, Nebraska. The male driver has been identified as missing teen Tyler Roenz. Tyler is being treated at a hospital and said to be in serious condition. The body of a deceased female has been discovered in the trunk of the
1/2 https://t.co/fFeF3vRCRf

Update: the vehicle has been located in Nebraska. With assistance from Nebraska State Police, a pursuit took place and the driver crashed out. The male driver may have sustained injuries related to the crash, but the extent is unknown. The identity of the driver has not yet 1/2 https://t.co/eh6JyGkB11

The investigation is ongoing.

Spread the love Advertisement OPINION: This article may contain commentary which reflects the author’s opinion. The “primary source” behind the discredited “Steele Dossier” used by the FBI to kick off the so-called ‘Russiagate’ counterintelligence investigation into then-GOP presidential contender Donald Trump’s 2016 campaign was a paid asset of the bureau for years. In court filings […]

Spread the love Advertisement OPINION: This article may contain commentary which reflects the author’s opinion. Republican Florida Gov. Ron DeSantis has proved that he is a powerhouse in politics and that has some Democrats furious. Among those who is going insane is MSNBC host Joy Reid, who accused Florida of being a “far-far-far-right” state on […]

Spread the love Anne Arundel County Fire Department EDGEWATER, MD – Maryland State Police are on the scene of a single engine plane crash in Anne Arundel County. The pilot and sole occupant is identified as Steve Couchman, 71, of Frederick, Maryland. He was transported by ambulance to Anne Arundel Medical Center where he is […]