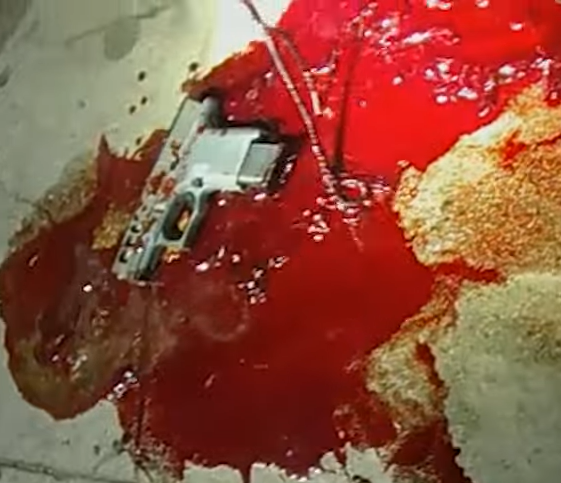 This resulted in the suspect being struck by the officers’ gunfire. The suspect continued running from the officers in a northeast direction for a short distance before falling onto the sidewalk.

The suspect was taken into custody. Immediately thereafter, an officer performed medical treatment on the suspect until the paramedics’ arrival. The Los Angeles Fire Department paramedics arrived and pronounced the suspect deceased at scene.

The suspect was later identified as 35-year-old Liovahnii Luna, a resident of Los Angeles.

No officers or bystanders were injured during this incident.

LAPD’s specialized Force Investigation Division responded to the scene and interviewed witnesses and supervised the collection of evidence by the Forensic Science Division.

The complete investigation will be reviewed by the Chief of Police, the Board of Police Commissioners, and the Office of the Inspector General to determine the thoroughness and accuracy of the investigation and whether the use of deadly force complied with LAPD’s policies and procedures.

Spread the love Los Angeles County District Attorney George Gascón announced today that Los Angeles County Sheriff’s Deputy Remin Pineda has been charged with the on-duty, unlawful shooting of David Ordaz while he was on the ground outside a home in East Los Angeles last year. “Unlawful and excessive force at the hands of police […]

Spread the love LOS ANGELES – A Texas woman who allegedly illegally sold a live jaguar cub for approximately $30,000 to a Riverside County man who soon afterward re-sold the cub, which was ultimately abandoned on the doorsteps of an animal rescue center, has turned herself in. Trisha Denise Meyer, a.k.a. “Mimi,” 40, of Houston, […]

Spread the love File Photo via Shutterstock FRANKLIN COUNTY, Ind. – The suspect in last week’s shooting of a Franklin County Deputy and another woman is being identified after charges have been filed in the Franklin County Circuit Court. Gregory C. Guilfoyle, age 31, Brookville, has been charged with two counts of Attempted Murder and […]