In a surprising development, the movie Rust will reportedly resume shooting in January with Alec Baldwin back before the camera after the production reached a settlement with the estate of Halyna Hutchins, the cinematographer who was killed on the New Mexico set of the movie last year.

As part of the settlement, which was first reported Wednesday by Deadline, Matthew Hutchins, husband of the late Halyna Hutchins, will receive an executive producer credit.

“I have no interest in engaging in recriminations or attribution of blame (to the producers or Mr. Baldwin),” Hutchins said in a statement. “All of us believe Halyna’s death was a terrible accident. I am grateful that the producers and the entertainment community have come together to pay tribute to Halyna’s final work.”

Terms of the settlement, which is still subject to court approval were not disclosed. In February, the Hutchins family filed a wrongful death lawsuit against the production, including Baldwin, who is a producer on the movie in addition to being its star.

The family alleged that reckless behavior and cost-cutting led to Halyna’s death, adding that Baldwin violated numerous rules for the safe handling of firearms. 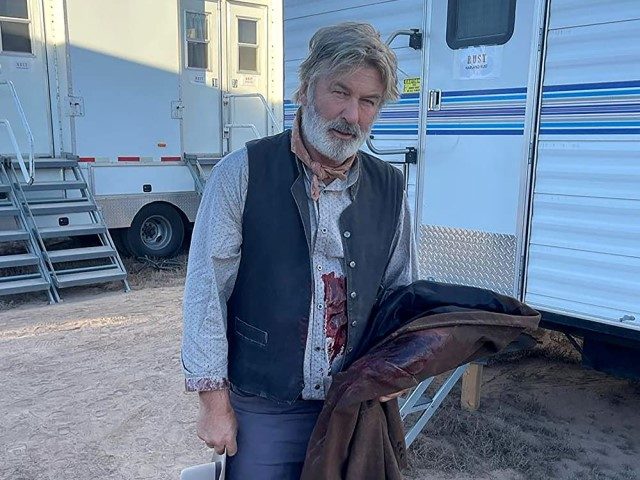 Halyna Hutchins was killed when a gun held by Baldwin was discharged on set during a rehearsal. While Baldwin has repeatedly claimed he didn’t pull the trigger, an FBI report found that the gun could not have gone off without the trigger being pulled.

Nearly a year since the October 21, 2021 incident, prosecutors have yet to file any criminal charges in the case. As Breitbart News reported, a New Mexico prosecutor recently indicated that Baldwin and three other individuals could face charges imminently, possibly in a matter of weeks or days.

50%+ of Bitcoin Addresses Now in the Red

Spread the love Recorded conversations between drug traffickers intercepted by the Drug Enforcement Administration (DEA) in 2014 give clues about the fates of 43 students who disappeared at the hands of Mexican authorities and crime lords on September 26 of that year in Guerrero. The information about the massacre is again causing political headaches for […]

Spread the love Twenty-one-year incumbent Sen. Lisa Murkowski (R-AK) has said she will vote for Democrat House candidate Rep. Mary Peltola (D-AK) over Republican challenger former Gov. Sarah Palin. “Yeah, I am,” Murkowski responded Friday when asked by the Anchorage Daily News if she would vote for the Democrat.  Alaska uses the ranked choice voting system, which ultimately […]