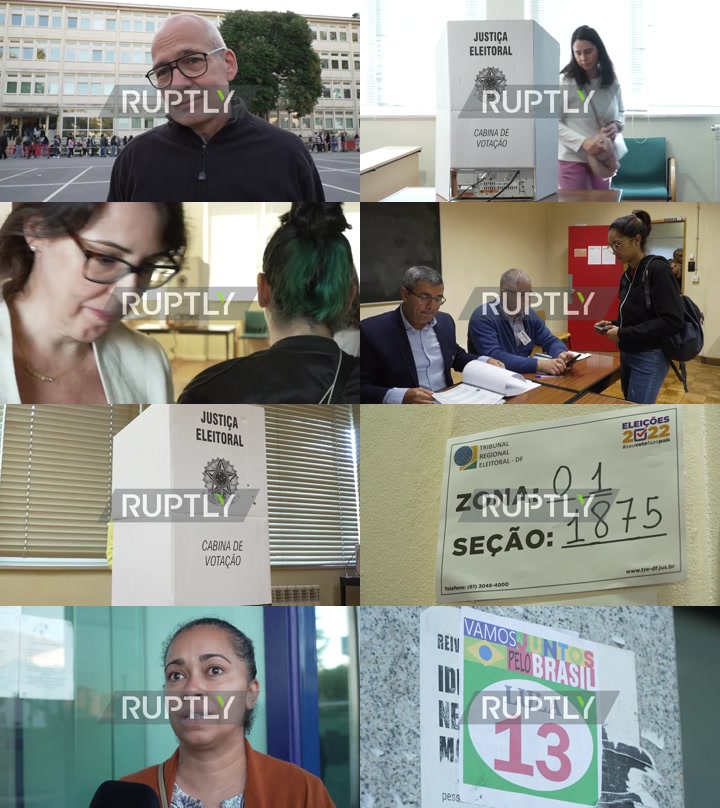 Brazilians living in Europe cast their ballots for the presidential elections, as can be seen in the footage filmed in city of Porto on Sunday.

Footage shows people arriving at the Porto Engineering Superior Institute, one of the polling stations, and voting to elect Brazil’s new president.

Recent opinion polls have shown former President Luiz Inacio Lula da Silva widening the gap ahead of the President of Brazil and candidate Jair Bolsonaro, with 46 per cent of the vote compared to his rival’s 33 per cent. Candidates need 50 per cent in the first round on Sunday to avoid a run-off.

“I want that what is decided today, whether I am going to vote or not, that the Brazilian people accept it and remain in peace. Because our people have been fighting instead of uniting and that union can make a better country, get out of the crisis, that our people can think about the education of our children and the prosperity of our country,” commented another voter.

More than 120 million Brazilians are eligible to vote in the country’s general elections to choose the President, Vice President, and the National Congress.

Recent opinion polls have shown Lula widening the gap ahead of Bolsonaro, with 46 per cent of the vote compared to his rival’s 33 per cent. Candidates need 50 per cent in the first round on Sunday to avoid a run-off.

Spread the love   Afghanistan’s supreme leader has ordered judges to fully enforce aspects of Islamic law that include public executions, stonings and floggings, and the amputation of limbs for thieves. Taliban chief spokesman Zabihullah Mujahid tweeted late on Sunday that the ‘obligatory’ command by Hibatullah Akhundzada came after the secretive leader met […]

Spread the love Activists dumped the coal on the floor at BlackRock headquarters’ lobby as part of a climate change protest in New York on Wednesday. Footage shows activists with pitchforks and banners dumping coal on an escalator and chanting slogans. A while after the action began, dozens of police officers arrived at the office […]