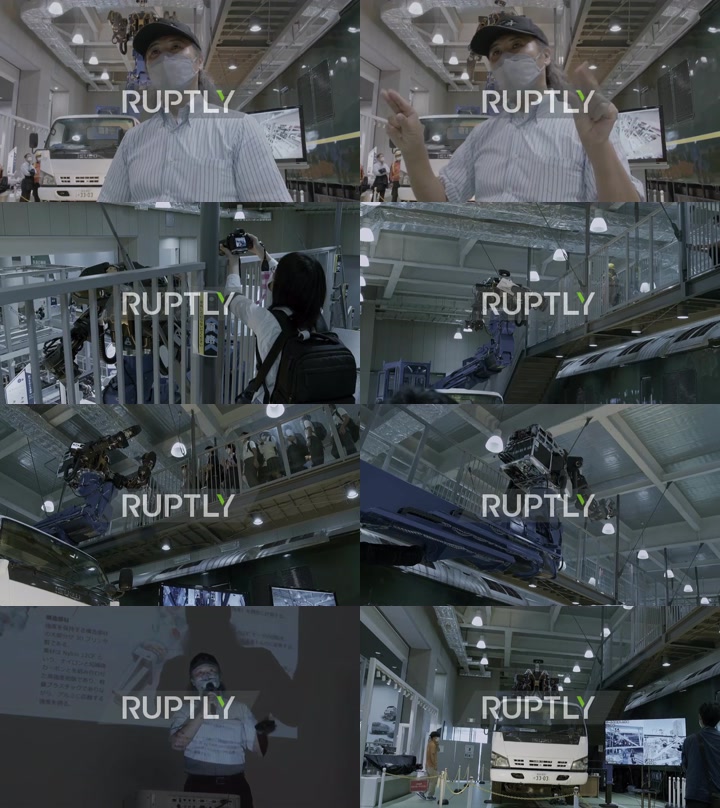 Japanese startup Jinki Ittai has built a gigantic humanoid industrial robot that can be remote-controlled by a human operator, as seen in footage captured at a railway museum in Kyoto.

The towering automata is designed to perform a variety of heavy-duty maintenance tasks such as railway or road repairs by lifting massive objects like steel pipes and wires.

Operators use special goggles to be able to see through the ‘eyes’ of the robot They sit in a cabin and control the precise movements of the machine’s arms through two large levers. The robot can even detect the amount of pressure applied with each gesture.

“It can interact flexibly with people and manipulate unknown objects as humans desire. This is possible because of the robot’s ability to manipulate forces with precision and flexibility, and because of the close connection between the human and the robot,” said Kanaoka Hakase, President of Jinki Ittai.

Hakase hopes his curious creation will revolutionise the world of heavy-duty labour, allowing human workers to complete dangerous but essential chores from a safe distance.

Russia: Traffic in both lanes of Crimea bridge to be restored by December 20 – Khusnullin

Qatar: ‘I am so happy because of this moment’ – Morocco fans celebrate entry to quarterfinals

Spread the love Moroccan fans cheered exuberantly after Spain’s out at a fan mile in Doha on Tuesday. Footage shows a fan zone where fans, some dressed in jerseys, watch the match on a screen. After the game, spectators celebrated by singing and dancing. “I am very happy, yellah Morocco, Morocco is the nation of […]

Spread the love Staff at a zoo in Mariupol are stepping in and nursing newborn lion cubs who were abandoned by their parents. The cubs’ mothers stopped feeding them after experiencing stress and trauma during the fighting in the area, the zoo’s staff said on Tuesday. The lion cubs were born on November 3 and […]