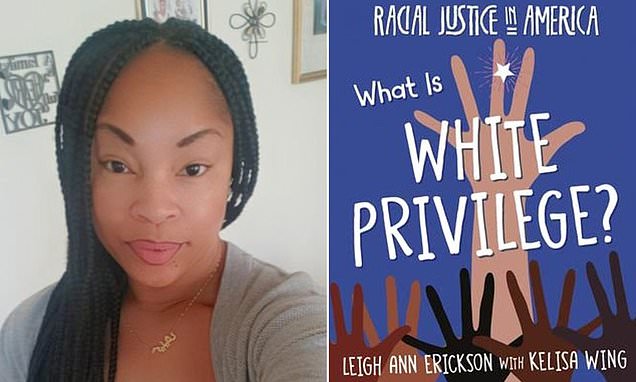 The Department of Defense has opened an investigation into its “diversity chief” after it was revealed she posted racist remarks about white people on social media.

Kelisa Wing, the Department of Defense Education Activity (DoDEA) chief diversity, equity and inclusion officer, described herself as on Twitter as a “woke administrator” who said she was “exhausted at these white folx in [professional development] sessions.”

DOD spokesperson Cmdr. Nicole Schwegman released a statement on the matter, saying, “We are aware of news reports concerning an official at DoDEA. The office of the Under Secretary of Defense for Personnel and Readiness is reviewing this matter.”

“Diversity, Equity and Inclusion efforts in… [DoDEA] are an important part of building and sustaining an organizational culture where all students, educators, and staff are valued and respected,” the spokesperson said.

“Our focus remains on ensuring military-connected students, their families, and our employees have equitable access to opportunities and resources that support student achievement and readiness for college and careers.”

Wing’s Twitter and LinkedIn accounts have apparently been deleted or deactivated.

Wing wrote “woke” children’s books such as “What is Anti-Racism?”, “What is Black Lives Matter?” and co-wrote “What Does It Mean to Defund The Police?”

When Wing was first hired on as diversity chief in Dec. 2021, DoDEA director Thomas Brady reportedly said, “Kelisa Wing is exactly the right person to lead our efforts in building on the foundational work done to support meaningful change in our organization.”

“This new position will take a holistic approach to identifying and improving how we integrate the practice of diversity, equity and inclusion in every aspect of DoDEA, from curriculum and assessment to hiring and professional development,” he added.

Egypt: ‘Our long-term futures do not lie on fossil fuels’ – COP27 climate conference kicks off in Sharm El-Sheikh

Spread the love A ‘terrorist attack’ on a military unit in the Belgorod region has left a number of people wounded and dead, as governor of the Belgorod region Vyacheslav Gladkov said on Sunday in his video address. “There was an act of terrorism. A lot of servicemen were killed and wounded. All the wounded […]

Spread the love Uday Tamimi, a Palestinian gunman allegedly responsible for the shooting in Shuafat a few days ago was shot dead on Wednesday near the entrance to Maaleh Adumim settlement, West Bank. Police officer Uzi Levy told reporters that security services killed Uday Tamimi after he opened fire, wounding one of the guards. According […]