Officials in San Diego have said that they won’t be charging former Buffalo Bills punter Matt Araiza after being accused of being part of gang rape in college.

San Diego’s district attorney, Summer Stephan, said Wednesday that they will not be filing any charges against Ariaza or his former teammates, Zavier Leonard and Nowlin “Pa’a” Ewaliko.

“Ultimately, prosecutors determined it is clear the evidence does not support the filing of criminal charges, and there is no path to a potential criminal conviction,” Stephan said, according to the New York Post. “Prosecutors can only file charges when they ethically believe they can be proven beyond a reasonable doubt.” 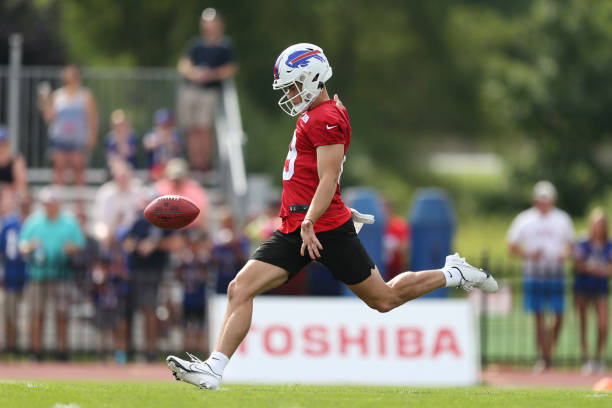 Araiza was accused of gang rape in a civil lawsuit in August. The accuser claimed that the player and two of his friends gang-raped a 17-year-old student when the players were attending San Diego State University.

The woman claimed that Araiza gave the girl a drink that she said: “not only contained alcohol but other intoxicating substances.” She added that the player pressured her to give him oral sex, but after that, the three players took turns raping her for more than an hour.

The player’s attorney, though, claimed that the accusation was a “shakedown” by an accuser trying to extort money from an NFL player.

“It’s a shakedown because he’s now with the Buffalo Bills,” attorney Kerry Armstrong said at the time. “There is no doubt in my mind that Matt Araiza ever raped that girl.” 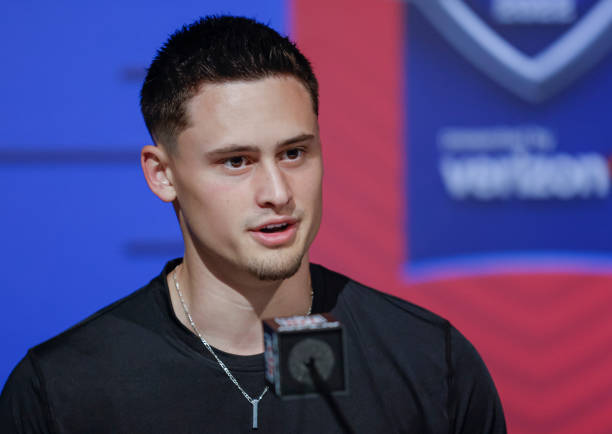 Matt Araiza #PK01 of the San Diego State Aztecs speaks to reporters during the NFL Draft Combine at the Indiana Convention Center on March 5, 2022, in Indianapolis, Indiana. (Michael Hickey/Getty Images)

Still, the Bills released Araiza from his contract after the accusations despite the fact that nothing was ever proven and charges are being dropped.

Sen. Raphael Warnock (D-GA) refused to take responsibility during Friday night’s debate for record-high inflation; he instead blamed corporations. “There is no question people are feeling pain at the grocery store and pump,” Warnock admitted about inflation. “While we are seeing record prices, a lot of our corporate actors are seeing record profits in the gas industry […]

‘Always that Possibility’ They Will Kill Again – Market Subset News

Pennsylvania Lt. Gov. John Fetterman (D), running against Mehmet Oz for the state’s open United States Senate seat, said there is “always that possibility” that convicted killers he helps get released from prison will go on to commit more murders. As lieutenant governor, Fetterman appoints members and sits on the Pennsylvania Board of Pardons, using […]