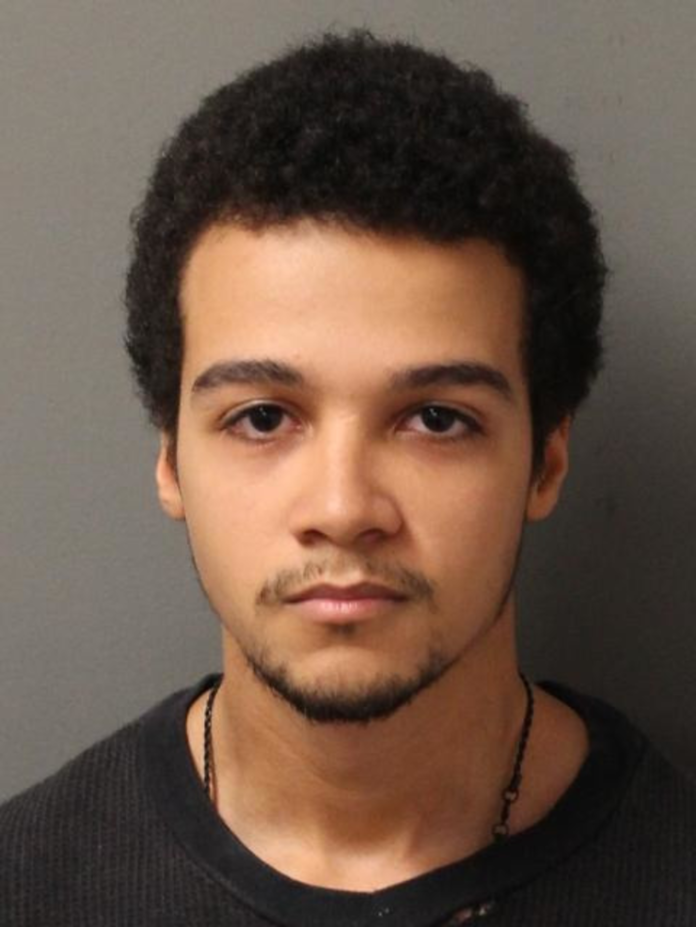 Burlington County Prosecutor LaChia L. Bradshaw and Evesham Township Police Chief Walt Miller announced that a former Mount Laurel police officer who was charged in October with hacking into the social media accounts of an Evesham woman and distributing her nude pictures has been charged with victimizing multiple other women in a similar manner.

Ayron Taylor, 22, of Delran, was taken into custody on Wednesday and released this afternoon following a first appearance in Superior Court in Mount Holly. The case will now be prepared for presentation to a grand jury for possible indictment.

Taylor faces 87 new charges that accuse him of illegally accessing the social media and email accounts of 18 additional women and in several instances distributing their nude photos to people on their contact lists. The complaints allege 28 counts of second-degree crimes that include Computer Criminal Activity and Distribution of Child Pornography, which was brought against him because some of the photos he accessed were taken before the victims became legal adults. The remaining 59 counts are third degree charges including Elements of Computer Theft and other cyber-related crimes.

The investigation began in September after the initial victim contacted Evesham Township police to report that her Snapchat and Facebook accounts had been hacked by an unknown person who then sent nude photos she had taken of herself to her Snapchat contacts, messaged them to her Facebook friends, and posted them on her Facebook wall.
The investigation determined the commonality among all victims was that each one had a student email account through Rowan College at Burlington County. The investigation further determined that Taylor illegally accessed more than 2,800 RCBC email accounts. Some of this activity occurred while he was on duty and sitting in his patrol car, utilizing personal electronic devices.

Taylor became a full-time Mount Laurel Police Department officer after graduating from the police academy in October 2021. The department suspended him following the initial charges and began measures to terminate his employment. He has since resigned from the force.

RCBC officials have been cooperative with law enforcement throughout the investigation. The college released the following statement from President Dr. Michael A. Cioce:
“This is a repugnant cyber intrusion of privacy against the college and, especially, many of our students. Rowan College at Burlington County immediately strengthened network security upon the first report of the incident. Although there was no systemic failure of the college’s technology infrastructure, there is always opportunity for stronger security measures. The college’s Office of Student Support can provide assistance to victims who are impacted.”

Taylor will be prosecuted by Assistant Prosecutor Joseph Remy, supervisor of the BCPO Insurance Fraud Unit.

Bradenton, FL – Shortly after 4:00 pm on October 14, 2022, deputies located a stolen vehicle in the parking lot of the Walmart on State Rd 64 East. When the driver saw deputies, he intentionally rammed a MCSO patrol vehicle with the stolen car, then drove over a shopping cart corral and headed west on […]

Doha was draped in World Cup colours on Sunday, on the day of the World Cup kick off. This year’s edition will be the first tournament held in the Middle East and the Arab World. The Qatar organizing committee is expecting to see around 1.5 million spectators in the country during the month-long competition (November […]