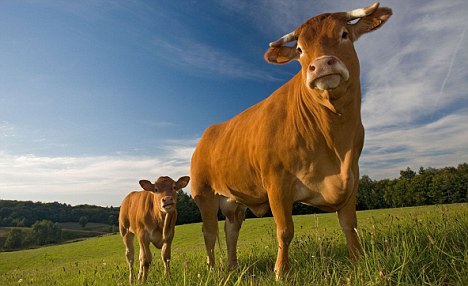 The globalist-controlled European Union (EU) is demanding that member nation-states, including The Netherlands, shut down farming in order to comply with environmental rules predicated upon the hoax known as “climate change.”

Some 3,000 farms located in “environmentally sensitive” areas in The Netherlands are now slated for seizure and closure, we are told – this is up from the 600 farms that were announced back in October as targets for elimination due to nitrogen “pollution.”

Following a summer of farmer protests that saw tractors barrel across the Dutch landscape as a show of opposition to the EU’s “green” agenda, the Dutch government is still moving forward with plans to cut nitrogen emissions in the country by at least 50 percent by the year 2030.

Nitrogen Minister Christianne van der Wal recently announced that the Dutch government will conduct a “compulsory purchase” of the country’s largest nitrogen-emitting farms. Farmers who own the land will reportedly be offered deals “well over” what their properties are actually worth.

Van der Wal added in a statement that “there is no better offer coming” than the ones her government plans to offer. In other words, farmers can either accept the deal and get something, or reject it and possibly receive very little or nothing while losing their livelihoods.

Dutch war on farmers is part of same ESG agenda being pushed in America, warns expert

The endgame of this takedown of Dutch agriculture is part of a globalist “net zero” carbon emissions plan, which aims to remove carbon, a natural element necessary for life, from the four corners of the planet.

With this will come mass depopulation, of course, as carbon and nitrogen are basic buildings blocks of life. Globalism, in essence, is anti-life, and it seeks to steal, kill, and destroy everything that is natural and good.

“The Netherlands’ war on farmers to pursue their ESG (environmental, social, and governance) agenda serves as a stark warning,” says Will Hild, executive director of the Consumers’ Research group.

“Americans should be vigilant against efforts by both governments and big Wall Street firms like BlackRock pushing these same dangerous ‘net zero’ carbon emissions targets here in the US. It is difficult to overstate the recklessness of undermining farmers during the greatest global food crisis in decades. This will likely exacerbate the food price inflation we are already experiencing.”

There is a very small silver lining to all this in that a political party called BoerBurgerBeweging (BBB), backed by the Farmer-Citizen movement in The Netherlands, currently ranks fourth in the polls ahead of next year’s election.

It is possible that BBB will continue rising in the ranks as Dutch citizens learn more about what the EU’s “green” policies will do. Once it becomes more widely known that mass starvation is the eventual outcome of such policies, BBB’s popularity could increase, potentially resulting in a win next year.

According to reports, BBB’s number-one goal will be to reform the country’s “nitrogen law,” which erroneously views this natural element to be a “pollutant” in need of eradication.

The world’s number-one agricultural producer right now is the United States, followed by The Netherlands in second place. Much of Western Europe relies on The Netherlands for vegetables. More than half of all Dutch land is used for agriculture, in fact, and there are 24,000 acres’ worth of crops also growing in greenhouses throughout the country.

“And so it begins,” one commenter wrote. “Look for the rest of European farms to go the same way. The US isn’t that far behind. Dutch farmers had better link arms and band together for a nasty fight. There is no other way.”

Sen. Patty Murray (D-WA), who is in a tighter-than-expected reelection campaign against Republican Tiffany Smiley, vowed to “codify Roe” if sent back to the Senate. “I believe that every woman should be able to make her own healthcare choices about her own family, working with her doctors, her faith, and her own needs,” Murray said […]