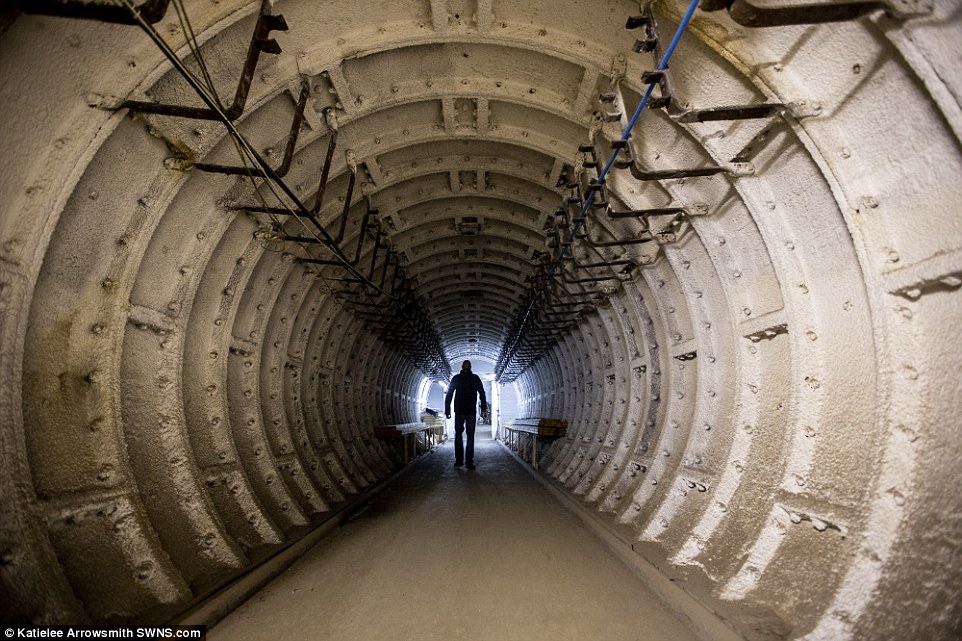 Vladimir Putin is showing signs of fear in the face of potential air strikes from Ukraine as Russia has erected bomb shelter signs across the country, reports claim. Signs have been seen in Belgorod, only 25 miles from Ukraine, and Rostov-On-Don, 400 miles away, as well as Novokuznetsk, an industrial city in Siberia and the capital Moscow.

According to The Times, Russia’s Security Council recently ordered a full inventory of the country’s bomb shelters, which are generally found in the basements of blocks of flats.

This comes as the US considers a proposal from Boeing to supply President Zelensky with small precision bombs that can be fitted to available rockets.

The US is well stocked with both devices, with the system having a range of 100 miles.

Ukraine previously asked Washington for the 185-mile range ATACMS missiles, however, President Biden refused over fears that strikes into Russian territory would only escalate the conflict.

However, with these GLSDBs Kyiv would be able to strike targets far behind the Russian frontlines.

Kyiv has previously received HIMARS with a range of 50 miles and these missiles have helped their successful campaign to push back Moscow’s forces out of Ukrainian land.

Last week three people were killed in Belgograd by what Russia claimed was shelling by the Ukrainians.

Governor of the Belgograd region Vyacheslav Gladkov has said that trenches are being built on the border with Ukraine to prevent an attack from Kyiv’s armies.

However, analysts say that Moscow are pushing fears of an “invasion” in order to increase support for the war at home.

The Institute for the Study of War, an American think tank, wrote: “Ukraine has no strategic interest in invading Russia and no ability to do so at such a scale.”

Oleksii Arestovich, a senior military adviser in President Zelensky’s office, told The Times: “Our task is to liberate our territory.

“By crossing the [Russian] border, we would become the aggressor. This would be extremely disadvantageous for us.”

USA: ‘The people need it’ – Donors line up to give blood after nightclub shooting in Colorado Springs

Blood donation centres in Colorado Springs are urging people to donate blood following the deadly mass shooting at an LGBTQ nightclub on Tuesday. Footage captured on Tuesday shows locals arriving to give blood at a Vitalant blood donation centre. “On my way here this morning I heard on the radio that they were trying to […]

CNN anchor Jake Tapper took a beating on social media for suggesting that no “national conversation” happened over the potential damage that school closures could have on children. During a segment of CNN Tonight on Friday, Tapper confessed to feeling “surprised” by the fact nobody discussed the lockdown damage on children, even though conservatives were […]

London residents and travellers were forced to avoid numerous rail routes and commute by packed buses on Thursday with nine out of the 11 tube lines closed due to a 24-hour strike by London Underground staff. Footage features tube entrances locked in London’s streets and warning signs at stations that train services were disrupted. Numerous […]