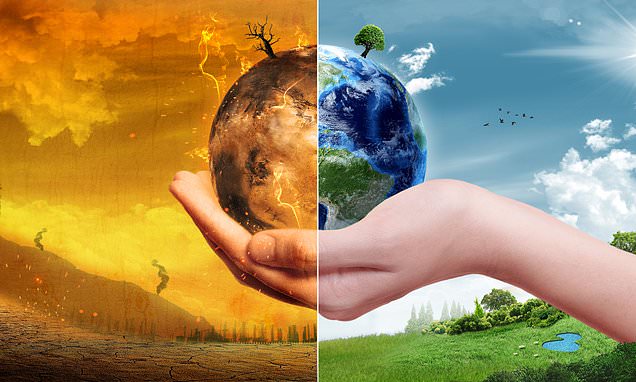 As Europe’s resolve to becoming green appears to waver in the face of an energy crisis, activists have accused the Finnish government of failing to act on its lofty carbon neutrality ambitions.

Greenpeace and the Finnish Association for Nature Conservation emphasized that until more is done, the government’s stated goal of being carbon neutral by 2035 is in jeopardy.

Environmental organizations also claimed that by neglecting to safeguard the Nordic country’s natural systems that absorb carbon from the atmosphere and store it in plant and soil, such as forests, the government had broken its own rules. According to the complaint, more logging and slower tree growth are to blame for Finland’s “collapse” of its carbon sinks. A record number of trees were cut down in Finland in 2021, making the nation’s land-use sector a net emitter of greenhouse gases.

The government is mandated by the Finnish Climate Change Act to work toward carbon neutrality by 2035 and to track its progress in yearly climate reports. So, in order to keep moving toward achieving the climate targets, the environmental organizations are asking the court to rule on whether the government has failed to prepare new climate activities.

The first results, according to the Ministry of the Environment, cannot be compared to the figures from earlier years due to different calculating techniques. Antti Kurvinen, the minister of agriculture and forestry, had stated that he takes the declining carbon sink statistics seriously.

However, Finland has recently struggled to strike a balance between its ambitious climate goals and the demands of its forestry sector, which continues to be a significant component of its economy. 10.4 billion euros ($10.8 billion) or 18% of Finland’s overall exports were made up of forestry products in 2020.

As nations around the continent dust off coal-fired power plants to keep the lights on in the absence of Russian electricity, Europe’s misguided and counterproductive sanctions against Russian energy have further imperiled the so-called “Green Switch.” In sharp contrast to the country’s intentions to phase down coal use and outlaw it entirely by 2029, coal-powered electricity and heat output increased 8 percent in Finland alone in the first nine months of this year. Finland increased its greenhouse gas emissions by using 1,277 metric tons of hard coal in only this one year to provide power and heat.

At the same time as natural gas prices are surging and Finland is preparing for power outages this winter, the country’s significant chemical and forestry industries have issued warnings about potential manufacturing closures. The EU’s ambitious climate goals, which include carbon neutrality and a complete ban on fossil fuels, may be compromised by the need to keep its industry running and its homes warm amid a self-created crisis.

Recently, several groups and people from all over the world have gone to court to protest what they see to be government inactivity on the subject of climate change. In a first for the nation, over 600 activists in the neighboring country of Sweden, led by Greta Thunberg, filed a lawsuit last week accusing the government of inactivity on climate change.

Twitter appears to be suppressing the results of video searches for the name of Italy’s election winner, Giorgia Meloni, making it harder for users of the platform to discover her speeches. This comes after a clip of a 2019 speech from the future Italian Prime Minister went viral across multiple platforms. In the 2019 speech, […]

The 112-metre-high Shiva statue ‘Viswas Swaroopam’ which is claimed to be the world’s tallest, was installed in Nathdwara town of Rajasthan’s Rajsamand, as footage captured on Sunday shows. Inside the statue is a hall for devotees, accessible via lifts and stairs. Shiva is seated in meditation on a hill and can be seen from a […]

The World Health Organization (W.H.O.) published a lengthy report this week on the importance of physical activity in keeping the world healthy, concluding that sedentary lifestyles are responsible for as much as $27 billion in needless healthcare costs a year and urging governments to implement coherent national policies to promote exercise, including “mass” events. The […]