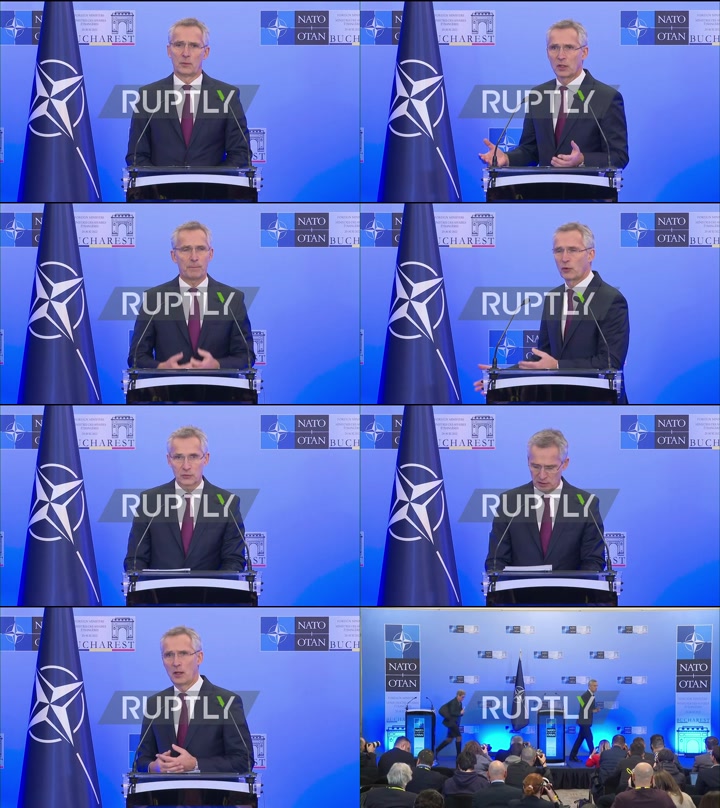 At a press conference on the second day of the NATO NAC meeting, alliance chief Jens Stoltenberg said Ukraine’s main task now was to safeguard its independence first and foremost.

“If Ukraine does not assert itself as an independent sovereign state, then the question of membership, of course, will not arise at all,” Stoltenberg told reporters after a meeting of NATO foreign ministers in Bucharest on Wednesday.

The NATO chief also commented on supporting aspiring members under Russian pressure and influence in different ways, including Bosnia and Herzegovina, Georgia and Moldova before the situation turns strife, as was the case in Ukraine.

“It is much better to support them now than when we are seeing developments going in absolutely the wrong direction as we saw with the invasion of Ukraine earlier this year.”

The foreign ministers of Bosnia and Herzegovina, Georgia and Moldova attended the closing session of the ministerial meeting. NATO allies agreed to provide increased support to these three partners, including capacity building, reforms and training to improve their security and defence institutions.

100 years ago – on November 1, 1922 – the Chairman of the Grand National Assembly of Türkiye, Mustafa Kemal Pasha, officially abolished the Ottoman Sultanate. Thus ended a monarchy whose origins stretched back to 1299. The Ottoman Empire was replaced by a new state, the Republic of Türkiye, which was based on completely […]

Leora Levy, the Trump-endorsed Republican U.S. Senate candidate in Connecticut, spoke with Breitbart News about her increasingly tight race against Sen. Blumenthal and said that, while Blumenthal is a 37-year career politician, she is a “career American.” LISTEN: Breitbart News Saturday host Matthew Boyle opened the show by highlighting last week’s Connecticut Examiner poll that […]