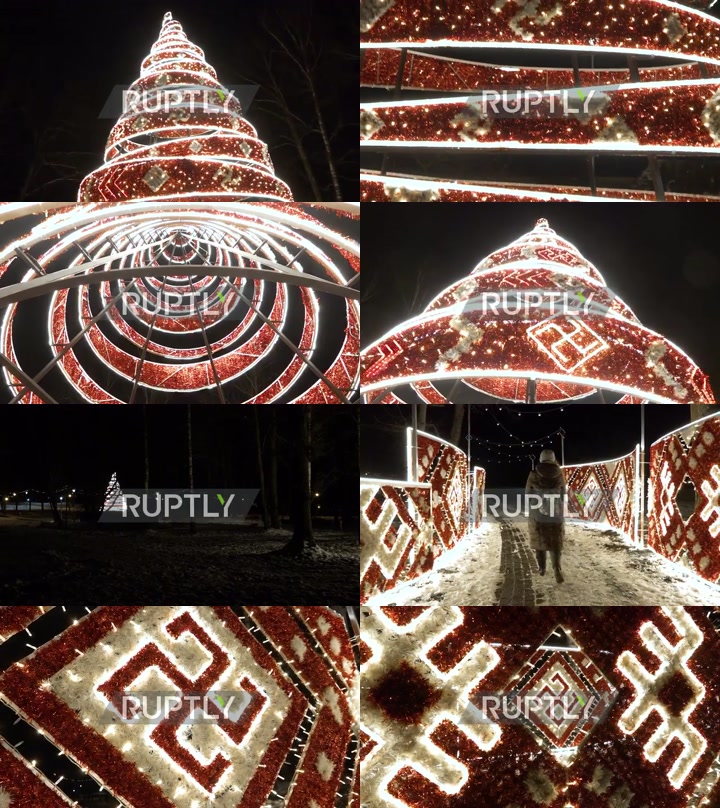 A Christmas tree decorated with Ugunskrusts, an ancient Latvian mythological symbol resembling a swastika, was spotted in Lielvarde on Tuesday.

Swastikas have been featured in Latvian folklore for centuries, however, the tradition has sparked controversy on many occasions.

During the NATO summit of 2006, organisers asked local craftsmen to avoid using the symbol, sometimes referred to as the ‘Thunder Cross’ or ‘Fire Cross’, when knitting the 4500 mittens made as gifts for attending delegates.

The use of the swastika-like figure during an international hockey match in Riga in 2013 prompted an investigation by the Kontinental Hockey League.

Facing criticism for this year’s decorations, the city administration’s press office said on its official Facebook page that the tree was simply adorned in the national style.

During the German invasion of the USSR in World War 2, Latvia was occupied by Nazi Germany, with many Latvians being recruited into its military units from 1941 to 1944. It was then reincorporated into the Soviet Union until its independence in 1991.

Alabama Crimson Tide head coach Nick Saban started receiver Jermaine Burton on Saturday despite last week’s accusation that he gruffly pushed a female fan after the team’s loss to Tennessee. After the Tide lost to the Volunteers, the winning university’s fans flooded the field. And it appeared that Burton was not at all amused. Burton […]

Republican J.D. Vance secured 53.9 percent of support from likely voters in the Ohio U.S. Senate race and has a ten-point lead over Democrat Rep. Tim Ryan in the latest Trafalgar Group poll. Trafalgar’s late Sunday night poll showed that 53.9 percent of voters in Ohio would support Vance in the midterm election in just two days, […]