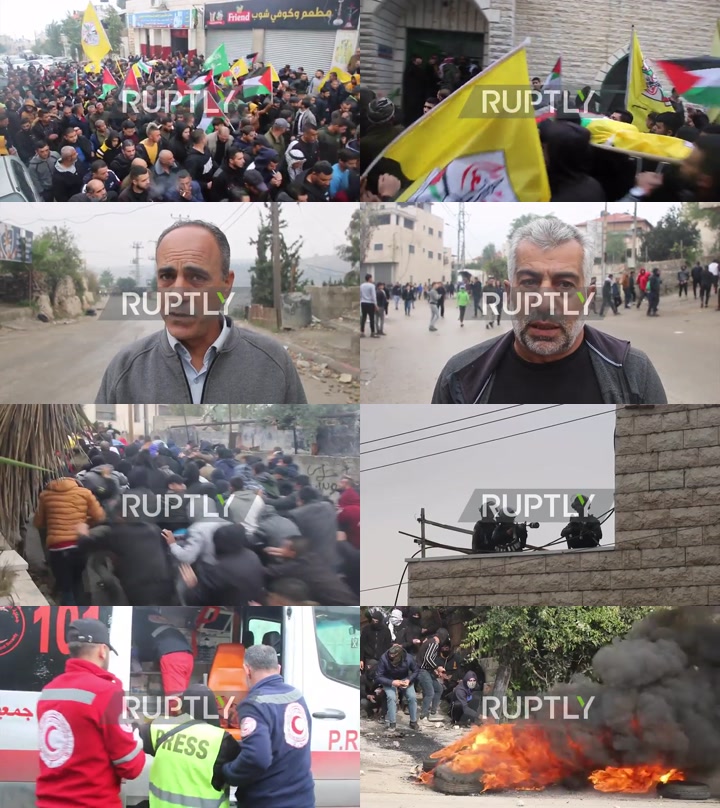 One Palestinian was killed and three others were injured in Hebron on Tuesday, following the funeral procession of Faid Muhammad Mahmoud Akhalil (44 years old), who died after his critical wounds sustained last night by Israeli army bullets after storming the town.

Thousands of Palestinians could be seen marching in the streets before the fire was opened on them, and Israeli soldiers were seen on a building’s roof shooting from a refile gun.

“We count the martyrs with God, the martyr of Hebron and the martyrs of Ramallah today. Our message is that Palestinian blood is permissible. We will not stand idly by. We will resist this Israeli occupation, and we will stand firm in our areas and will not surrender,” memeber of Fatah movement, Hani Jaara said.

The Palestinian Authority Health Ministry said that two brothers, Jawad Rimawi, 22, and Dhafer Rimawi, 21, were killed after Israeli troops opened fire in the town of Kafr Ein, near Ramallah.

According to Israel Defense Forces, its soldiers responded with live fire after Palestinians opened fire, and others threw stones and explosive devices at the soldiers.

PROVIDENCE, RI – A federal grand jury on Wednesday returned a three-count indictment charging a 28-year-old registered sex offender with allegedly enticing a 12-year-old Rhode Island girl to engage in sexual activity and later launching a murder-for-hire plot from within the state prison where he was being held on related state charges in an alleged […]

Advertisement OPINION: This article may contain commentary which reflects the author’s opinion. Democrats suffered another defeat recently when the U.S. Supreme Court upset the Left with a ruling that’s going to set up a major fight. In a 5-4 ruling, the Supreme Court ruled in favor of an energy company, outraging Democrats. The nation’s highest […]