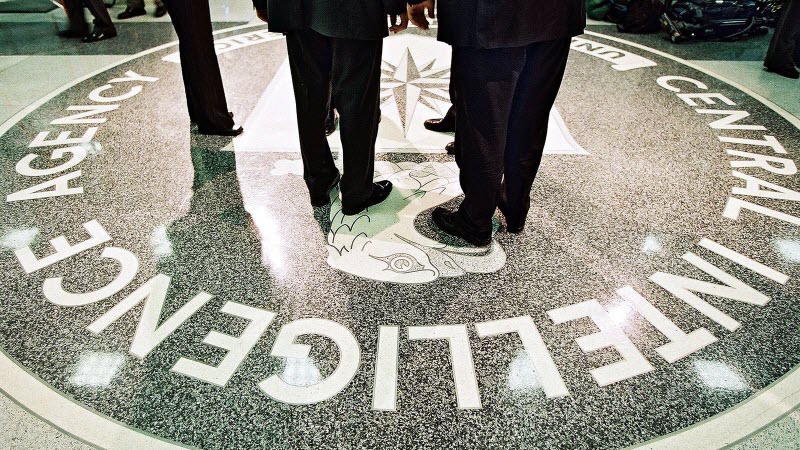 At least 10 CIA agents and contractors who were caught engaged in child sex activity have been allowed to walk free after prosecutors decided against bringing charges against the pedophiles because prosecution “may reveal state secrets.”

Last December, through multiple FOIA lawsuits, hundreds of internal CIA reports were obtained that detailed the scale of child sex abuse within the agency. According to the reports, at least 10 agents and contractors have been caught in child sex abuse situations — and yet federal prosecutors have brought a grand total of zero charges.

It’s been nearly a year since this information became public yet there has been no investigation and essentially no interest by anyone in D.C. or the political establishment to hold them accountable.

Most of the cases were referred to US attorneys for prosecution but in an apparent quid pro quo scenario, the US attorneys sent the cases back to the CIA to “handle them internally.” As a result of this scenario, these child-abusing monsters face no legal ramifications. At most, according to the report, they may lose their job or security clearance.

These crimes are utterly horrifying and involve toddlers.

TFTP reports: Out of all of these monsters, only a single one was ever charged with a crime. In fact, that one individual, according to the report, was the only known case of a CIA staffer being charged with child sex crimes, ever.

When questioned about the unchecked abuse, the agency refused to elaborate, stating only that the CIA “takes seriously its responsibility to hold accountable federal government employees who violate federal law within our jurisdiction.”

Clearly, however, as these internal documents illustrate, that is not the case. What’s more, as the complete lack of interest by federal prosecutors highlights, no one takes it seriously.

According to the report, the reasoning behind not charging these CIA child predators with crimes is that their prosecution could reveal potential state secrets. As Buzzfeed reports, the former official, who reviewed the declassified inspector general reports, characterized the concern from CIA lawyers as, “We can’t have these people testify, they may inadvertently be forced to disclose sources and methods.”

The official, who noted the agency has had a problem with child abuse images stretching back decades, said they understand the need to protect “sensitive and classified equities.” However, “for crimes of a certain class whether it’s an intelligence agency or not, you just have to figure out how to prosecute these people.”

Yet they have not. Imagine that it was your child who was raped by a CIA agent and authorities tell you that they cannot prosecute the abuser because it “may reveal state secrets.”

If there are state secrets so important inside the CIA that children can be sexually abused with impunity, it is high time this organization is disbanded and eliminated as children are the one thing we should actually be protecting.

Sadly, however, that will likely not happen as this problem is rife throughout all government agencies, which explains why no one is looking into the CIA.

According to a report in the Hill, the End National Defense Network Abuse (END Network Abuse) was introduced in the wake of an investigation called “Project Flicker” carried out by U.S. Immigration and Customs Enforcement. This investigation identified over 5,000 individuals, including many affiliated with DOD, who were subscribed to child-porn websites.

A Black Lives Matter activist in Bristol, England has been charged with fraud in connection to allegedly missing money from a fundraising page established to provide legal fees for those who toppled the statue of Edward Colston. Avon and Somerset Police announced this week that BLM activist Xahra Saleem, 22, has been charged with two […]

USA: 'An exercise in coercion and disinformation executed by puppet authorities' – WH spox on referenda

U.S. officials are now briefing the Associated Press that deadly explosions in Poland blamed on Moscow by Ukraine’s President Volodymyr Zelensky were probably caused by missiles fired by Ukrainian forces, with President Joe Biden telling reporters it is “unlikely” Russia is responsible. President Zelensky was quick to allege that explosions that killed two people at […]