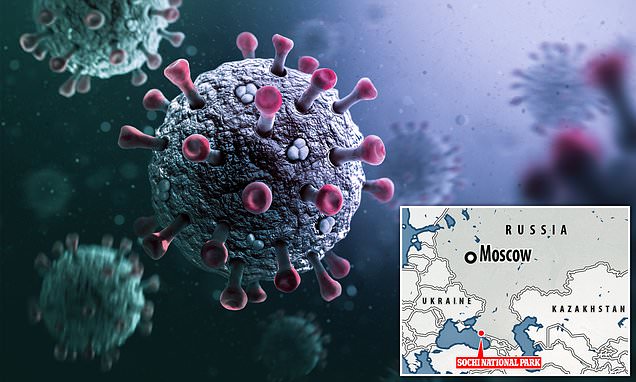 Problems with cancer? You can see the reasons pictured here

OMG…. Jesus Christ….. we’ve said it so many times in some of our previous articles… Lefists of today are so stupid they aren’t even proper leftists. Here’s the latest idiotic thing leftists are saying. The number of cancer cases have skyrocketed recently in Europe…. guess why!!!! PUTIN! Yeah they actually just said that…. it’s Russia’s fault

how dumb can they be?

They said its because of COVID and the war in Ukraine… thats why cancer is skyrocketing in Europe… problem is, its skyrocketing everywhere in the world, not just in Europe so it has nothing to do with the war nor with Putin.

The skyrocketing of cancer is caused not by a virus but by the toxic cocktails they injected you with which contain known ingredients that cause cancer. Here’s just ONE example of an ingredient found in Moderna. This isn’t conspiracy or bla bla bla how the mainstream media would say. No. This is an actual ingredient used in the Moderna vaccine, its put on the ingredient list and this ingredient IS WITHOUT ANY BUTS AND IFS, carcinogenic. We have other articles about other ingredients also found in Pfizer and the other vaccines, just search on our website. Use the search engine on our website to find out more.

These people do not even know how to be proper leftists… guys stop ridiculing yourselves. You need a lie to save your butts? How about this one? “We don’t know why cancer rates are growing, cancer is a very difficult disease which is not yet fully understood, therefore why we dont even have a magic cure for it… we’re still investigating why the rates have increased. Some people have speculated that maybe it was caused by the vaccines, while this is not excluded, we are still investigating and advising people not to take this as a fact until proven otherwise.” There you go, an intelligent leftist, pro-vaccine answer… that’s all that they needed to say, but nope the leftists of today are so stupid… this is what they said instead: Ummmm yeah!!! Its Russia’s fault and COVID too!!!

Here’s what Natural News has reported on this:

Supposedly, because of the pandemic, people all over the world were developing cancer and refusing to go to the hospitals to be diagnosed, for fear they would catch Fauci Flu. According to the pharma industrial complex, this went on for two years, and an estimated one million cancer cases were missed and over 100 million cancer screenings “lost because of the pandemic.” But that’s not all.

The goons at Big Pharma in Europe are also blaming the Russians for the new cancer epidemic, and say that if the Russians had not invaded Ukraine, then two of the largest contributors to clinical cancer research, diagnosis, and treatment (Russia and Ukraine) would not have been incapacitated. However, there’s a sub-plot here that nobody is talking about, and it could be the MAIN reason the world is experiencing a major uptick in cancer cases. What in the world could that be?

Lockdowns and Fauci Flu fear were definitely responsible for damage to societies, economies, and overall mental health, but the tsunami of cancer cases may be hinged on a more realistic explanation – toxic spike prions in the blood and cleansing organs. Yes, the doctors lied and said the injections would remain at in the muscular tissue at the site of injection. Yes, the pandemic was mostly fear-based, as less than 1% of the population of the planet were at risk of dying from the Wuhan virus.

Research published in the journal MDPI (Multidisciplinary Digital Publishing Institute) shows how spike proteins significantly prevent human DNA that’s damaged from repairing itself. Goodbye adaptive immunity, in other words, because the BRCA1 and 53BP1 are KEY DNA repair proteins that can no longer do their job, thanks to the Fauci Flu gene mutation injections. Do all the pharma goons at Pfizer and Moderna already know this? What about Fauci, Walensky, and Bill Gates? Is this one of the reasons health advocates call it the “scamdemic” and the “plandemic?”

So while everyone who was injected with millions (if not billions by now) of spike proteins, they were much more likely to develop certain cancers, and since they weren’t visiting hospitals and doctor’s offices regularly to get screened, the cancer epidemic compounded and became a ‘pandemic’ of its own.

In their effort to avoid getting the Wuhan Flu, a few billion humans put themselves directly in harms way, subjecting themselves to multiple gene therapy injections that make them much more vulnerable to cancer, heart attacks, strokes, and immune deficiency syndrome. The question for the vaccinated masses is can the damage be undone?

How can these toxic spike proteins be flushed from the body, or broken down, or dissolved possibly, so they don’t cause all these short-and-long-term effects? Is it even possible? Now that many autopsies have been done on the Covid-vaccinated who have died, it’s been revealed that these toxic spike prions have invaded vital cleansing organs, the heart, the brain, the ovaries, and much more. Will the cancer cases just keep rising? Only time will tell.

Keep your truth news in check by adding Preparedness.news to your favorites list and tuning in daily for updates on real news about the surviving and thriving in the near future, and news that’s being scrubbed from MSM and social media as you read this.

Gov. Ron DeSantis (R) said the state has 16,000 linemen staged as it braces for a late-season storm, over a month after the landfall of Hurricane Ian on Florida’s west coast. “On Monday, I declared a state of emergency for 34 counties to ensure Floridians had time to get ready. The state is prepared to […]

LPR: With 100 per cent of protocols processed, 98.42 per cent of votes cast for joining Russia – CEC

Spread the love Florida Gov. Ron DeSantis (R) is reportedly set to release an autobiography, The Courage to Be Free: Florida’s Blueprint for America’s Revival, early next year, which “will center on critical issues that brought [DeSantis] to the center of the debate over the future of our country.” Broadside, HarperCollins’ wing which “specializes in conservative nonfiction,” […]