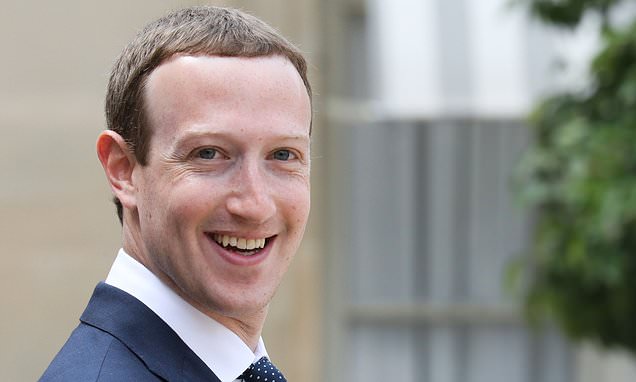 Facebook has announced that it will begin policing people’s personal profiles and remove any references to religious or political beliefs.

Facebook is changing the information users are allowed to post as part of their profile beginning Dec. 1, according to reports.

Westernjournal.com reports: A representative of Facebook then confirmed the news via a statement to TechCrunch.

“As part of our efforts to make Facebook easier to navigate and use, we’re removing a handful of profile fields: Interested In, Religious Views, Political Views, and Address,” the representative said.

Tech Crunch noted that the “Interested In’ field was essentially a guide to a user’s sexual orientation.

“We’re sending notifications to people who have these fields filled out, letting them know these fields will be removed. This change doesn’t affect anyone’s ability to share this information about themselves elsewhere on Facebook,” the Facebook statement said.

A report about the change on EndGadget suggested that Facebook is simply evolving with the times.

“It may reflect changing attitudes toward privacy, however. Facebook included these sections in the early days of social networking, when users more readily shared their more sensitive details (MySpace, anyone?),” the report said.

“Now, however, privacy is a major concern— Meta itself has been more interested in privacy in recent years, focusing on private chats and greater security. People may be less inclined to share info on profiles in an era when online stalking and harassment are all too common,” the report said.

Users will notice no major change when the new profile regime takes place, according to Andrew Hutchinson, writing on Social Media Today.

“In essence, Meta no longer has any need for you to share this info on your profile, and each of these elements could also lead to discrimination and harm simply by being present. So it’s probably better to remove them – but the overall impact on how the platform operates will be largely unchanged,” he wrote.

Writing on Gizmodo, Thomas Germain said Facebook is trying to regain its zip.

“Controversy aside, Facebook is also working to streamline a platform that’s filled with barely used features and cluttered, confusing interfaces. Facebook earned a poor reputation, not just for causing societal problems but because it’s just not cool anymore,” he wrote.

“Users have been leaving the platform in droves, and even Instagram, Facebook’s younger and slightly hipper sibling, has seen its cache decline,” he wrote.

“Dialing back the ways you can update your profile is, in a way, admitting defeat. The world moved on, and Facebook once again needs to move fast if it wants to stay relevant,” he wrote.

Meta, the parent of Facebook, is currently in a financial trough, having just laid off about 11,000 employees.

DETROIT – In 2019, Prosecutor Kym Worthy charged then 34-year-old Deangelo Kenneth Martin, of Detroit, in connection with four murders of women that occurred on the east side of Detroit. He was also charged in connection with two separate assault with intent to murder and criminal sexual conduct cases in 2019. Murder on Winthrop Street […]

Karla Hernández-Mas, Rep. Charlie Crist’s (D-FL) running mate in Florida’s gubernatorial race, recently insulted students with special needs, asserting that her experience as a special ed teacher will assist her in dealing with the “dysfunctional legislature” if she gets elected. Hernández-Mats made the remark on Tuesday during a campaign event in Cape Coral, boasting of […]