A report done by the Association of American Medical Colleges (AAMC) — the leading organization for medical schools, teaching hospitals, and scientific studies — shows the expansion of race-based ideology in the practice of medicine.

The report, titled “The Power of Collective Action: Assessing and Advancing Diversity, Equity, and Inclusion Efforts at AAMC Medical Schools,” outlined self-audits from schools regarding the level to which they were pushing the political agenda into aspects of their functions.

Of the 101 medical schools in the report, 43 percent “have promotion and tenure policies that specifically reward faculty scholarship and service on DEI topics.”

In addition, 75 percent “advocate for policies and/or legislation at a local, state, or federal level related to its diversity, inclusion, and equity mission,” while 85 percent of schools have spent money rebranding to better reflect their social justice focus.

One hundred percent of schools have “holistic” admissions policies — affirmative action — with 85 percent of “senior leaders us[ing] demographic data to promote change within the institution/school.”

Relatedly, 67 percent of schools “require departments/units to assemble a diverse pool of candidates for faculty positions.”

The AAMC keeps score of the schools as to whether they capitulate to its racial worldview. It also incentivizes schools to be in 100 percent compliance with its goals.

In response to the report, medical watchdog chairman Dr. Stanley Goldfarb told Breitbart News, “The AAMC has made it clear that they value diversity and the elements of critical race theory including assuming that any deficits in educational attainment or disparities in health outcomes are the result of oppression of minorities.”

“The public can now see how misguided the leadership of American medical education has become,” he continued. “Merit and complete commitment to caring for patients as individuals has given way to a focus on social justice, group identity, and diversity of the physician workforce. This emphasis poses a real risk for the American people.”

As Breitbart News reported, nearly every level of the American medical establishment is involved with the push toward racial preferences in the practice of medicine. 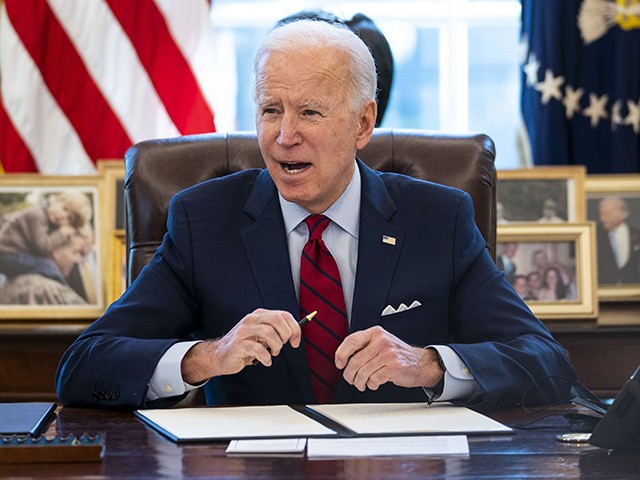 It is mandated from the most powerful parts of the federal government, with a day-one Executive Order from President Joe Biden pushing “health equity” in its own healthcare capacity as well as encouraging doctors, hospitals, and schools through monetary incentives to take on the practice as well.

The AAMC is a major part in making the practice a prerequisite to becoming a doctor as well, releasing new standards for teaching medicine that require students to achieve “competencies” in “white privilege,” “anti-colonialism,” and “race as a social construct,” among other race-essentialist ideas.

“I would congratulate those schools that have resisted DEI activities in recruiting and promoting faculty,” Goldfarb said. “I would also point out how distressing it is at so many schools have made diversity rather than excellence the criteria for developing medical school classes.”

Spread the love Home » Middle East, Protests » Iran Protests Turn out into Civil War, Government Openly Shooting at Civilians, Shut Down Internet   Parts of Iran now resemble combat zones, with flares lighting up the sky, gunfire booming out, and deadly incidents captured on film, over a month after the […]

Police say a man was stabbed on the subway while shielding a woman from another man who was harassing her on Sunday in the Bronx. Donate Please Add coin wallet address in plugin settings panel “The 54-year-old rider witnessed the woman being bothered on a southbound 4 train at around 9 p.m. He tried to […]

Home » Europe, Health, Survival » ‘Historic’ breakthrough Alzheimer’s drug may be available from next year, says expert   The breakthrough drug has been hailed as the “beginning of the end” of the war on Alzheimer’s disease. Patients could receive the game-changing Alzheimer’s treatment as early as next year, a top expert has predicted. But […]