The award, which has only been given a handful of times in the history of the organization, recognized Trump’s contributions to the safety and security of the State of Israel, as well as to the American Jewish community. 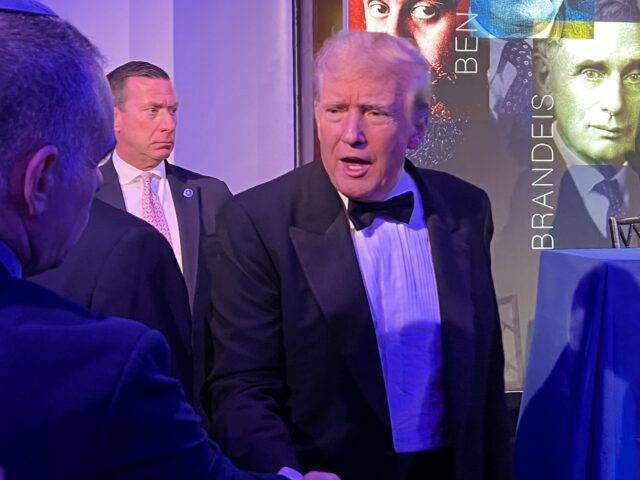 These include: moving the U.S. embassy to Jerusalem; forging the Abraham Accords between Israel and Arab states; recognizing Israeli sovereignty over the Golan Heights; withdrawing from the Iran nuclear deal; ending U.S. funding that subsidized Palestinian terrorists; eliminating Iranian terrorist general Qasem Soleimani; becoming the first sitting president to visit the Western Wall; and protecting the civil rights of Jews against antisemitism on college campuses, among other unique achievements. 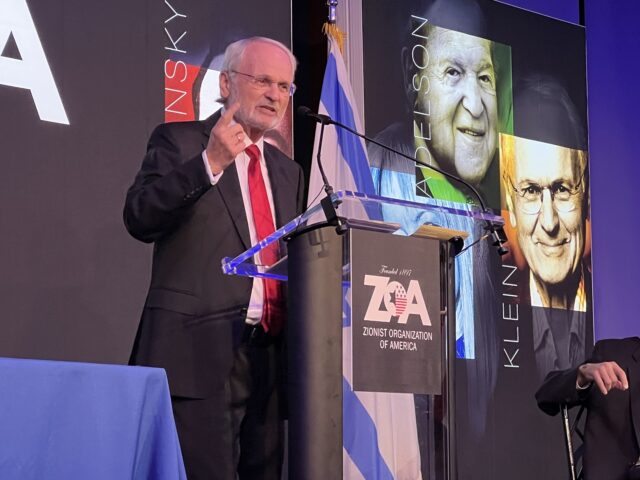 President Trump acknowledged the award by hailing the partnership between the United States and Israel in defending liberty, sovereignty, and Biblical traditions, expressing the hope that they “stand strong, and proud, and free.” He hinted at the forthcoming announcement of his next presidential campaign on November 15.

Trump noted — as he has before — that some Jewish Americans, the vast majority of whom vote Democratic, did not seem to vote to support pro-Israel policies and political leaders, and pledged to increase the Republican share of the Jewish vote in future elections.

The occasion marked the first on which a non-partisan Jewish organization honored President Trump for his work on behalf of Israel and the Jewish people. Other honorees included Trump’s former envoy to the Middle East, Ambassador Jason Greenblatt, and guests included representatives of Israel’s incoming government.

Joel B. Pollak is Senior Editor-at-Large at Breitbart News and the host of Breitbart News Sunday on Sirius XM Patriot on Sunday evenings from 7 p.m. to 10 p.m. ET (4 p.m. to 7 p.m. PT). He is the author of the recent e-book, Neither Free nor Fair: The 2020 U.S. Presidential Election. His recent book, RED NOVEMBER, tells the story of the 2020 Democratic presidential primary from a conservative perspective. He is a winner of the 2018 Robert Novak Journalism Alumni Fellowship. Follow him on Twitter at @joelpollak.

Some world leaders met in Bangkok on Saturday for the 29th APEC Economic Leaders’ Meeting (AELM) Retreat. Among the highlights of the event were Chinese President Xi Jinping and Japanese Prime Minister, Fumio Kishida. Representing the United States, Vice President Kamala Harris was present. Heads of State and Government, as well as hundreds of delegates […]