The New York City Police Department is searching for a woman who punched a ten-year-old girl and her mother in the face on the subway in an unprovoked attack.

The assault happened around 4:30 p.m. on October 18, while the girl and the mother, 36, were standing on the northbound number five train at the Westchester Avenue and Simpson Street subway station in the Bronx.

As they were standing, a female approached the two and started punching them in the face and mouth with a closed fist, police say. It is unknown what the motivation was for the attack. The female attacker then got off the train at the Simpson subway station and departed to an unknown location.

The mother and daughter were transported to Jacobi Hospital in stable condition, but both noted they had pain in their face and mouth.

Police released an image of the suspect on Thursday, who is described as a black female, approximately in her 40’s, medium build, about 5’8″ tall, 215 pounds, with short black hair, and was last seen wearing a black jacket and black sunglasses. 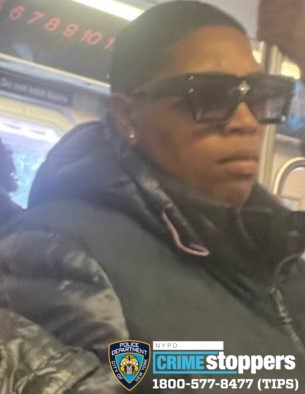 The New York City subway system has been recently riddled with violent crime, which has included fatal stabbings, pushings onto the tracks, and numerous other violent crimes. The surging subway crime prompted city officials to increase the number of officers patrolling the system.

In New York’s recent gubernatorial election, Gov. Kathy Hochul (D) was forced to admit that rising crime was an “issue” after Republican challenger Rep. Lee Zeldin (R-NY) criticized the incumbent governor for her soft-on-crime policies, such as no cash bail. However, Hochul defeated Zeldin in Tuesday’s gubernatorial election.

The New York Police Department is searching for an individual who hurled a chair at a 66-year-old man dining outside a pizza restaurant in an unprovoked attack. The incident occurred on September 9 at approximately 10:30 p.m. outside Amore Pizza Cafe at 370 West 58 Street in midtown Manhattan’s Hell’s Kitchen neighborhood. Watch: Recently released […]

House and Senate Democrats are looking to send 600 times as much American taxpayer money to Ukraine than funds that would go to help fix the water crisis in Jackson, Mississippi, where some residents continue to have contaminated drinking water. In May, Biden signed a $40 billion military aid package for Ukraine. House Republican leadership […]