Sonya Curry recently opened up about how God helped her decide not to go through with an abortion when she was pregnant with Golden State Warriors star Steph Curry.

The NBA superstar’s mom told the story publicly for the first time in her recent memoir, Fierce Love, in which she wrote of how she had an abortion prior to becoming pregnant with Steph but decided not to go that route when she became pregnant a second time.

She spoke of the incident on Bleav’s Your Mom podcast with Ashley Adamson and Lisa McCaffrey, according to the New York Post.

“It was healing to tell the story in the book,” Sonya Curry said. “Because I know there’s lots of people out there — men and women — I know it really comes down to the woman’s body, but there are men out there that are trying to be partners in making this kind of decision. There’s partners out there that don’t even get a say in that because it just happens and they don’t ever know about it.”

Sonya Curry speaks out about how she almost had an abortion while pregnant with Steph.

“But, the simple fact that people are having to make this decision every single day, every second of the day out there, that we’ll never know about,” she continued. “For me to be able to share that story for people to know, one, so many people are struggling with it, and it’s OK. It’s OK that you are struggling with it. Two, the decision that I made to keep him at that point is also counter with the decision that I made to not carry through with the previous pregnancy.” 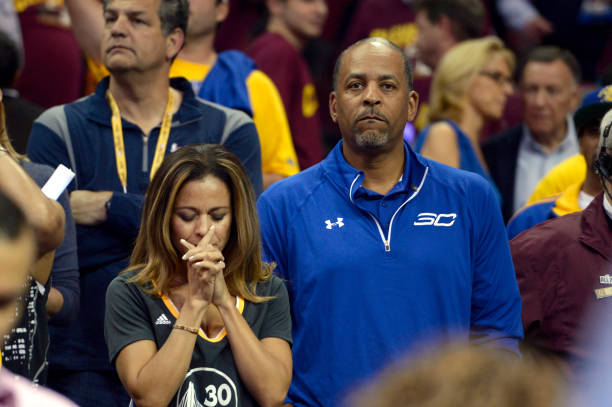 Sonya added that God helped lead her to better decisions.

“So God is just bringing it all together and showing me to be able to say, ‘Hey, here’s this decision I made at this point, and look at the blessing that he has become,’ and I just thank God for that and I just say to God that it was meant to be,” Curry concluded. “And, to not carry judgment. You don’t have to carry a lot of judgment forever. Give ourselves some grace in making the decision with what we had to make the decision with when we made it. But, my favorite scripture says that all things get worked together for the good, and those called according to His purposes and praise Jesus. It all worked out. There’s Stephen, and look what he’s doing, and it’s just amazing to me.”

The danger of the idea that financial institutions should impose the climate change agenda of the global left was highlighted this week by three events. We witnessed the furious reaction when the head of the World Bank, David Malpass, declined to immediately swear an oath of loyalty to the left’s position on climate change. At […]

Republican Herschel Walker has a narrow single-digit lead over incumbent Sen. Raphael Warnock (D-GA) in the race for the U.S. Senate in Georgia, according to a trio of polls published in the final days of the race. One of the polls, taken by the Trafalgar Group from November 4 through November 6, shows Walker ahead […]

Former Brazilian president Luiz Inacio Lula da Silva told supporters in Sao Paulo that his victory in the current race was all but assured, after he took a narrow lead in the first round on Sunday evening. “It’s just a matter of time, of waiting a few more days for us to talk more, to […]