Sen. Marco Rubio (R-FL) said Friday he believes the Senate leadership vote should be postponed until the candidates for the position are vetted for “genuine [commitment] to fighting for the priorities & values of the working Americans.”

“The Senate GOP leadership vote next week should be postponed,” Rubio tweeted. “First we need to make sure that those who want to lead us are genuinely committed to fighting for the priorities & values of the working Americans (of every background) who gave us big wins in states like #Florida.”

Sen. Josh Hawley (R-MO) backed Rubio’s idea and criticized leadership for wanting to hold a vote before the Senate races were completed. 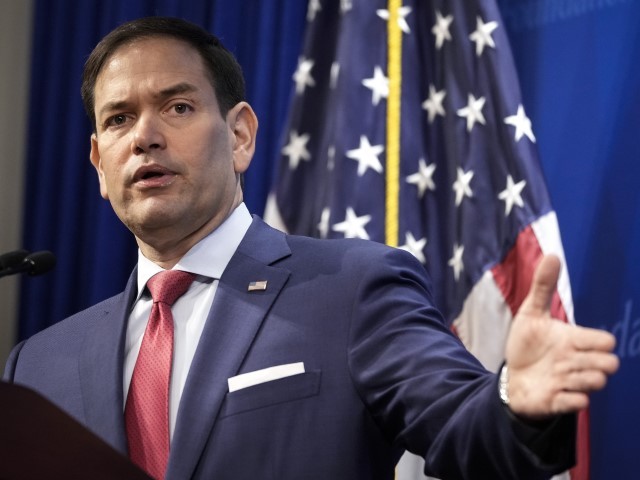 “Exactly right,” Hawley said, retweeting Rubio. “I don’t know why Senate GOP would hold a leadership vote for the next Congress before this election is finished. We have a runoff in #GASenate — are they saying that doesn’t matter? Don’t disenfranchise @HerschelWalker.”

Exactly right. I don’t know why Senate GOP would hold a leadership vote for the next Congress before this election is finished. We have a runoff in #GASenate – are they saying that doesn’t matter? Don’t disenfranchise @HerschelWalker https://t.co/atIETyoCKY

According to Politico, Sens. Ron Johnson (R-WI), Mike Lee (R-UT), and Rick Scott (R-FL) have also circulated a letter among GOP senators to gain support to postpone the vote.

The letter is a shot across the bow to Sen. Mitch McConnell (R-KY) and his leadership team, who believe their previous leadership record justifies two more years.

Under McConnell’s Senate leadership, the national debt has soared over $20 trillion, illegal immigration has continued, and real wages for American workers have remained stagnant. Obamacare was enacted in 2010. Big banks were bailed out in 2008, and social media companies have silenced individuals without repercussions. Dr. Anthony Fauci has not been held accountable for allegedly twice lying to Congress.

Hundreds of protesters gathered in Lahore on Friday to show their support for former Prime Minister Imran Khan following an attempt on his life during an election rally. Huge crowds of demonstrators were seen waving flags of Khan’s Pakistan Tehreek-e-Insaf (PTI) party during the event, which was organised by the Pakistan Justice Movement. Protests erupted […]

Pennsylvania Lt. Gov. John Fetterman (D), the Democrat nominee for U.S. Senate, outpaced Republican candidate Mehmet Oz in fundraising for the third quarter, according to the latest numbers. Fetterman’s campaign announced it raised $22 million in the third quarter, which is double the $11 million raised in the previous fundraising period. Fetterman’s $22 million is reportedly the […]

The far-left state of California further embraced neo-paganism this week when Democrat Gov. Gavin Newsom signed a bill into law allowing the practice of composting dead human beings to better combat climate change. Citing the high CO2 emissions associated with cremation, the bill will give people the option to give their dead remains over to […]