A German non-governmental organization (NGO) called Urgewald, which monitors carbon emissions, presented a report at the COP27 climate summit in Egypt that said nearly all of the oil and gas companies in the world are planning significant expansions over the next few years, in a dramatic rebuttal of the climate change movement’s demand for zero emissions.

“The outcome of our calculations is truly frightening: oil and gas companies’ short-term expansion plans are not in line with the net zero emissions course put forward by the IEA (International Energy Agency),” said Urgenwald’s Fiona Hauke.

“Keeping these oil and gas resources in the ground is the bare minimum of what is needed to keep 1.5C attainable,” Hauke said.

U.N. Secretary-General Antonio Guterres, who attended COP27 on Tuesday, was likewise angered by the report. 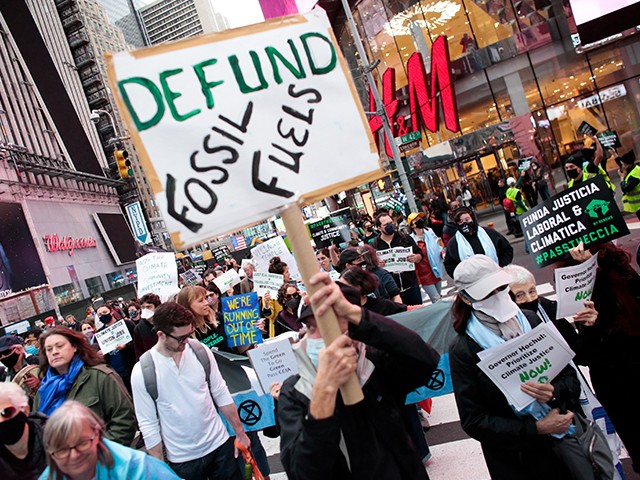 The UK Guardian said it used some of Urgewald’s data to prepare its own “investigation” in May that found “the world’s biggest fossil fuel firms are planning scores of ‘carbon bomb’ oil and gas projects that would drive the climate past 1.5C.”

As the Guardian noted, just about any energy projects that began development after the end of 2021 would defy the demands of the climate movement for zero new emissions projects and a 50 percent reduction in emissions by 2030. Urgewald and the 50 other NGOs that contributed to the report were adamant that even “cleaner” fuels like liquified natural gas (LNG) were not clean enough.

What none of these activists seemed ready to discuss was that new development is exploding because previous demands for reduced emissions and carbon neutrality brought the Western world dangerously close to industrial collapse, a literal plunge into the cold and dark, while nations like China and India continued merrily burning as much coal as they felt necessary to keep their citizens warm in the winter and their factories humming.

Europe’s loss of Russian gas imports, due to the political fallout from the Russian invasion of Ukraine, gave the citizens of the continent an unexpectedly early look at what the zero-carbon world looks like, and they do not seem to like what they saw. 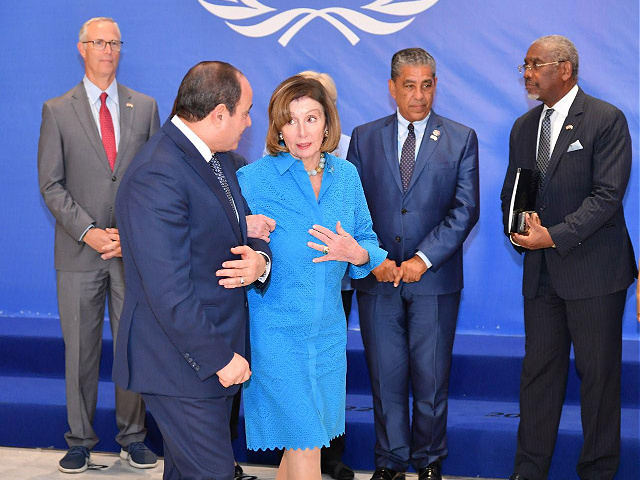 Alternative energy technology has not come anywhere near replacing the fuels despised by COP27 activists, and they may never do so. Even if the environmentalist movement relaxes its doctrinaire resistance to nuclear power, it would take a good deal of time to build enough nuclear plants to take up the slack from gas, coal, and oil. The red-tape-shrouded United States is a nation that spends almost two million dollars and struggles for three years to build a public toilet.

European leaders are currently accusing U.S. natural gas producers of stepping in to fill the Russian void of profiteering because LNG prices are so high. Demand is surging, and supply will surely follow. Thanks to Russia’s cutoff, the moment when the climate change movement could no longer pretend its agenda required only modest and manageable sacrifices from the Western public has arrived well ahead of schedule. Even electric cars have to get their juice from somewhere.

NASA is expected to launch the Northrop Grumman’s Antares rocket and uncrewed “SS Sally Ride” Cygnus cargo spacecraft to the International Space Station on Sunday, November 6. The 18th resupply mission will deliver scientific investigations in the areas of biology and biotechnology, Earth and space science, physical sciences, and technology development and demonstrations. The launch […]

Comedienne Kathy Griffin earned herself a Twitter suspension on Sunday when she impersonated billionaire Elon Musk as a stunt for Democrats. Changing her profile name while employing Musk’s exact profile picture, Kathy Griffin then asked her thousands of followers to “Vote Blue” in the coming midterm election. “Hey complainers and activists. Want to see real […]