President Joe Biden celebrated Veterans Day on Friday by falsely praising his Climate Envoy John Kerry as one of the most decorated men to fight for America.

“I want to thank one proud American veteran, a lifelong public servant, a dear friend, and literally one of the most decorated men to fight, Special Envoy for Climate John Kerry,” Biden said.

The president spoke about veterans and John Kerry during his speech at the climate summit in Egypt.

Kerry, who served in Vietnam, was awarded a Bronze Star, a Silver Star, and three Purple Hearts, but is not even on the list of the top 50 most decorated veterans.

Kerry’s service medals were the subject of a controversy in 2004 when he ran for president against George W. Bush. 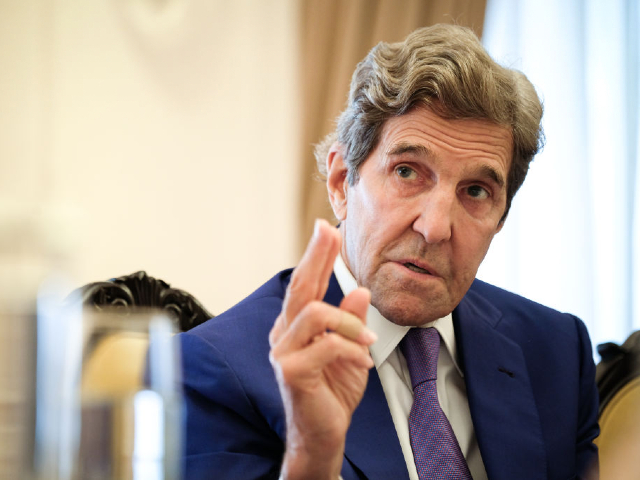 In 1971, Kerry told a local media outlet that he threw back his Vietnam combat medals over the fence of the White House while protesting the Vietnam war.

Kerry later said it was a myth, but told columnist Robert Novak that he “threw away my ribbons not my medals.”

In 1984, Kerry said he tossed other shoulders’ medals across the fence, not his.

Kerry’s military service was questioned by the group Swift Boat Veterans for Truth during the 2004 election, as the group of men who served in Vietnam questioned his patriotism.

During his speech, Biden also reminded the audience this his son Beau Biden was also a veteran.

“On this special day and every day, I honor all those who sacrificed for our nation like my son,” he said.

Iconic Grammy-winning rapper Coolio, most famous for his hit song “Gangstas Paradise,” died on Wednesday while visiting his friend in Los Angeles. According to TMZ, Coolio, real name Artis Leon Ivey Jr., went into the bathroom at his friend’s house and did not come out until he was found dead lying on the floor. Coolio’s […]

A family in Bavaria has become a national attraction after lighting their home with more than 40,000 LED lights for Christmas, as seen in footage captured on Thursday. Homeowner Oliver Schott explained that his passion for Christmas decorations goes back to his childhood, but his enthusiasm grew when he started singing gospel music. “I’ve always […]