Richard Casper co-founded CreatiVets in 2013 to fight the rising number of veteran suicides by using the arts and music as a form of creative therapy to help wounded veterans heal. On Wednesday, Casper was honored at the 56th annual Country Music Awards with a surprise $50,000 donation to CreatiVets from the whiskey brand Crown Royal in recognition of Casper’s dedication to veterans.

Country music star Lainey Wilson presented Casper with the $50,000 check on stage Wednesday at the CMA Awards in Nashville.

“When we build our programs, we do it to where you can’t really turn them down,” he told Marlow. “We’ll fly veterans from anywhere in the country to Nashville, Tennessee, to right backstage at the Grand Ol Opry with a number one songwriter to write about their story for the first time, and they’re paired with another veteran to help them tell that story.”

“We have a ton of success stories,” he said. “One of the coolest ones was a veteran, and when he reached out, I actually thought it was him this whole time. It happened to be his wife, because his anxieties and the pressure were so bad, he couldn’t handle his own emails, his own phone calls. When I was texting him, I was actually texting his wife. I didn’t know until he showed up in Nashville. They said they wanted to drive because they couldn’t fly.” 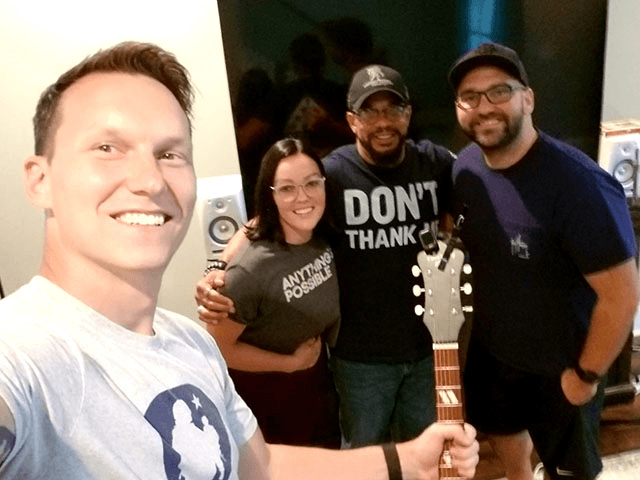 CreatiVets Co-founder Richard Casper with songwriters Johnny Bulford (“Woman like you” by Lee Brice and “Lonely Eyes” by Chris Young) and Heidi Ray after writing the song “Stories” with a veteran in Nashville, TN. (Photo courtesy of CreatiVets)

“We pay for their flights and their food, and their housing and everything, and we also do that at some of the best art schools, like the School of the Art Institute in Chicago, the University of Southern California, and Belmont [University] here in Nashville.”

For this Veterans Day, CreatiVets released three new singles, all of them written or co-written by veterans.

NoDerog / Getty Images/iStockphoto ST. LOUIS – A man from St. Louis County, Missouri on Thursday admitted cashing his mother’s Social Security checks for 26 years after her death. Reginald Bagley, 62, of Dellwood, pleaded guilty to a felony charge of stealing money belonging to the United States. Bagley admitted that his mother’s death on […]