New Hampshire’s Second District comprises the Western half of the Granite State, including the city of Manchester.

In June, the Democrat Congressional Campaign Committee added Kuster to a list of Democrat representatives whom they believed could be vulnerable. 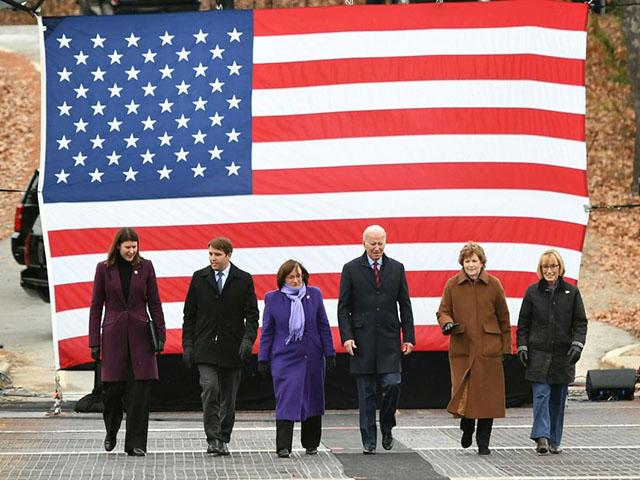 The candidates sparred in an October debate, discussing abortion, pandemic aid, and the war in Ukraine. During the debate, Kuster advocated for codifying a federal right to abortion. Meanwhile, Burns said that he would support a federal ban on abortion at the 12- or 15-week mark.

When Burns asked Kuster about her stance on late-term abortion, Kuster denied that they happen and called it a “Fox News talking point” before later saying she would support allowing abortions during “tragic circumstances.”

Kuster also defended her support of the Inflation Reduction Act, rejecting the idea that the bill directly led to increased inflation.

While discussing the war in Ukraine, Kuster stated, “I believe in Democracy,” and said she believes America should provide drones and weapons but should not put troops on the ground. Burns explained that he believes America should send food and provide health care but would require Ukraine to buy weapons from the United States, expressing a concern that they may otherwise be trafficked on the black market.

Spencer Lindquist is a reporter for Breitbart News. Follow him on Twitter @SpencerLndqst and reach out at slindquist@breitbart.com.

Advertisement OPINION: This article may contain commentary which reflects the author’s opinion. Fox News host Greg Gutfeld thinks he knows who former President Donald Trump will pick as his running mate if he makes another bid for the White House in 2024. During a segment on “The Five,” Gutfeld and the co-hosts discussed former presidential […]

Entertainment giant Disney has unveiled its first “plus-sized” heroine in a short film about an oversized ballet dancer dealing with “body dysmorphia.” The obese ballet dancer in the film Reflect will mark the first time an overweight character was treated as the hero instead of as comic relief, or a villain. The plus-sized dancer, named […]