TRIANGLE, Virginia — Virginia Republican congressional candidate Yesli Vega rallied supporters on the eve of the election, saying, “We have to take our country back. It’s insane that we’re talking about jailing parents for protecting their children.”

At a large event in Triangle, Virginia — just minutes away from Quantico — Vega was joined by Attorney General Jason Miyares (R), Lt. Gov. Winsome Earle-Sears (R), and Gov. Glenn Youngkin (R) to rally voters on the night before the election. 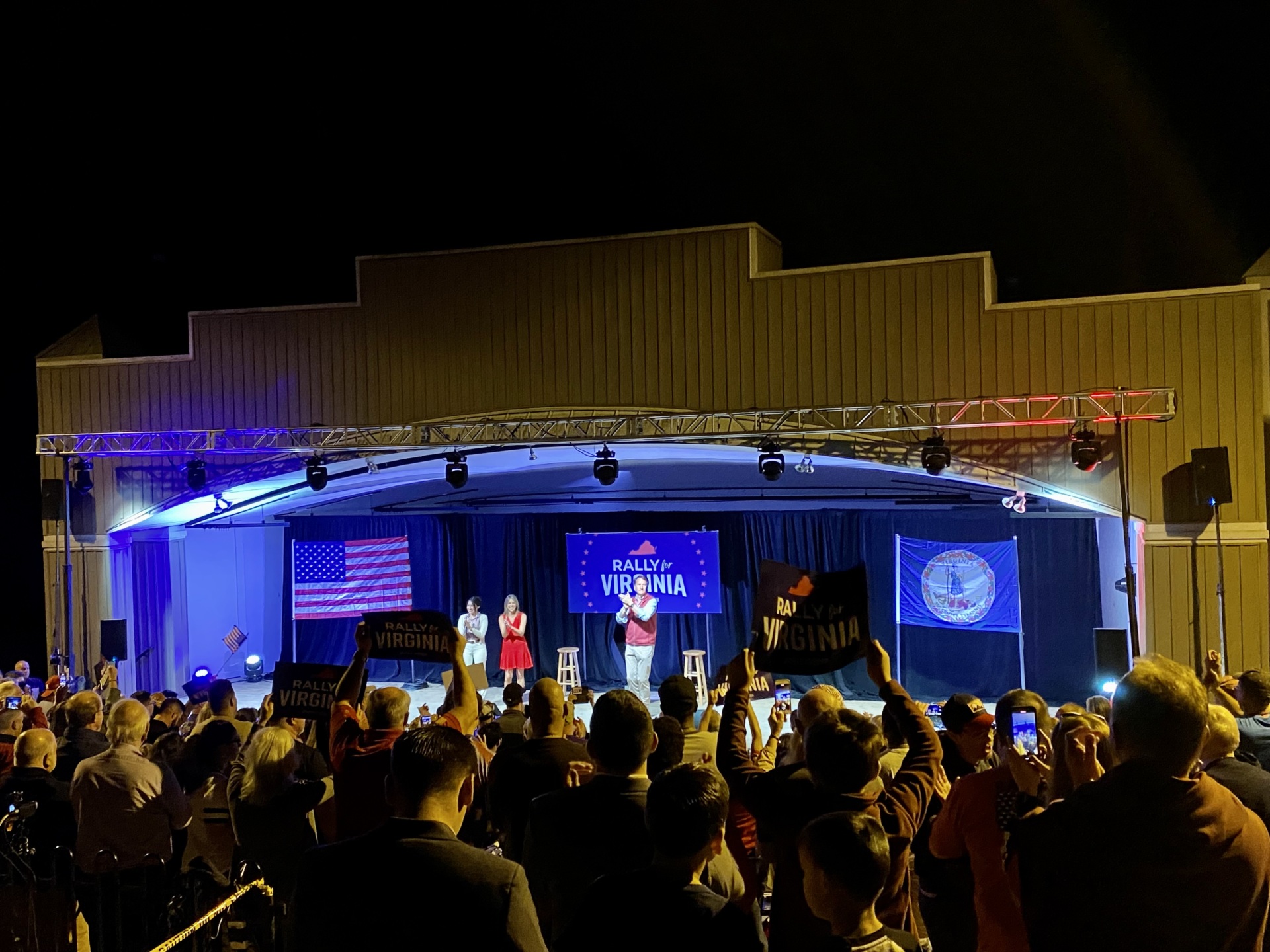 Vega’s Seventh District race against Rep. Abigail Spanberger (D-VA) is one of the most anticipated — and expensive — House races in the country.

Vega has run her campaign speaking of the American dream, as her parents moved to the United States from El Salvador seeking a better life. She has been a police officer and a Prince William County, Virginia, supervisor.

“We’ll never drown the American spirit. When people ask, ‘Why are you running for Congress?’ It’s simple guys. We live in the greatest country in the history of the world,” she told the crowd. “You saw my family come up on this stage. I am so proud to be the daughter of immigrants.”

“God has blessed my husband and I with two children. … Those are my babies — my babies!” she said forcefully. “And we do not, and never will, co-parent with the federal government!”

“It’s insane that you have to be over 18 years of age to get in a tanning bed, but it’s okay for a 12-, 13-year-old to mutilate their bodies,” she continued, speaking of the issue of transgender-identifying children.

Vega is running for a seat that had been Republican for years — until Spanberger won in the 2018 midterms. Prior to Spanberger, former House Majority Leader Eric Cantor (R-VA) held the seat from 2001 to 2014 before being primaried from the right by former Rep. Dave Brat (R-VA) during the Tea Party movement.

To Vega, Democrats have “lost sight of what matters that we running for office are public servants and that you all are the bosses and you’re in charge.”

“We’re sick and tired of a government telling us how to live our lives, how to spend our money, and how to raise our children,” she continued. “We see the heavy hand of government interfering in our daily lives like never before.” 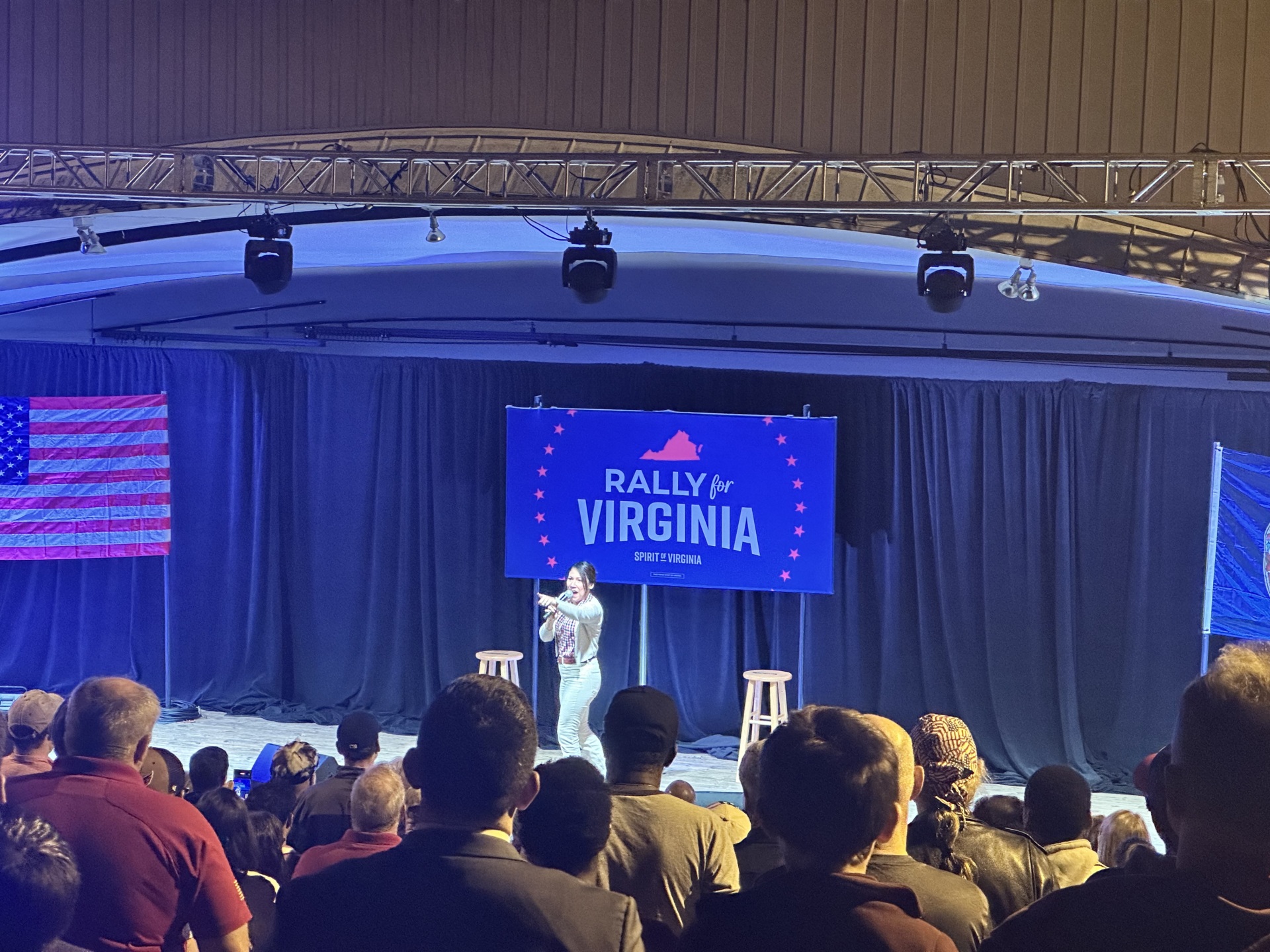 “Do you all recall when they closed our churches down, but they kept the liquor stores open? Do you recall what they did to our children?” she asked. “Those scores coming back talking about the loss in learning, the psychological and mental damage. But they want us to forget about all of that. But there’s no way we’re going to forget! No way we’re gonna forget!”

“You all remember what they did to the brave men and women of law enforcement?” she said. “They demonized them! That’s right, they abandon them! But now they call themselves friends of law enforcement. My opponent now, all of a sudden, is for the police. But she was silent for two years when they were physically and verbally assaulted.”

Just one day after the New York Times attempted to downplay suspicions around the election software company Konnech, the company’s CEO, Eugene Yu, has been taken into custody under suspicion of sending data on American poll workers to Communist China. On October 3, the New York Times published an article by reporter Stuart Thompson titled “How a Tiny […]

‘Always that Possibility’ They Will Kill Again – Market Subset News

Pennsylvania Lt. Gov. John Fetterman (D), running against Mehmet Oz for the state’s open United States Senate seat, said there is “always that possibility” that convicted killers he helps get released from prison will go on to commit more murders. As lieutenant governor, Fetterman appoints members and sits on the Pennsylvania Board of Pardons, using […]

Former President Donald Trump announced his 2024 campaign for president on Tuesday, setting up a possible rematch against President Joe Biden. “Two years ago we were a great nation and soon we will be a great nation again,” Trump said. The former president made his announcement at his club at Mar-a-Lago in Palm Beach, Florida, […]