Vance, whose best-selling memoir Hillbilly Elegy chronicled the deindustrialization of Middletown, Ohio, where he spent his childhood, told Breitbart News in an exclusive interview that a national industrial policy is vital to revitalizing what was once the heartbeat of American manufacturing.

The interview with Vance happened over lunch after one of Vance’s stops in Chillicothe — roughly 100 miles outside of Cincinnati — when he was making a swing through southeast Ohio to channel his Appalachian roots. Vance started the day in Gallipolis in Gallia County, Chillicothe in Brown County, and Mt. Orab in Ross County.

“Far too many Republicans,” Vance said, have been concerned “about the interests of multinational corporations instead of their voters” when it comes to job-killing trade deficits and free trade deals.

The U.S.-China trade deficit, alone, has resulted in the elimination of 3.7 million American jobs from 2001 to 2018. Ohio, during that period after China entered the World Trade Organization (WTO), lost nearly 138,000 jobs. Hundreds of thousands more jobs in Ohio have been eliminated as a result of other free trade deals and trade deficits with countries such as Mexico and Canada.

In Ryan’s district, since he took office in 2003, nearly 25,000 manufacturing jobs have been lost and drug overdose deaths have skyrocketed by up to 400 percent in some areas at the same time.

“It’s really straightforward and simple. The basic model of globalization has undercut the jobs of Ohioans in two basic ways: One, directly shipping their jobs overseas to places like China or Mexico, and two, through the immigration system — allowing the importation of a large class of people to undercut the wages of American citizens,” Vance said. 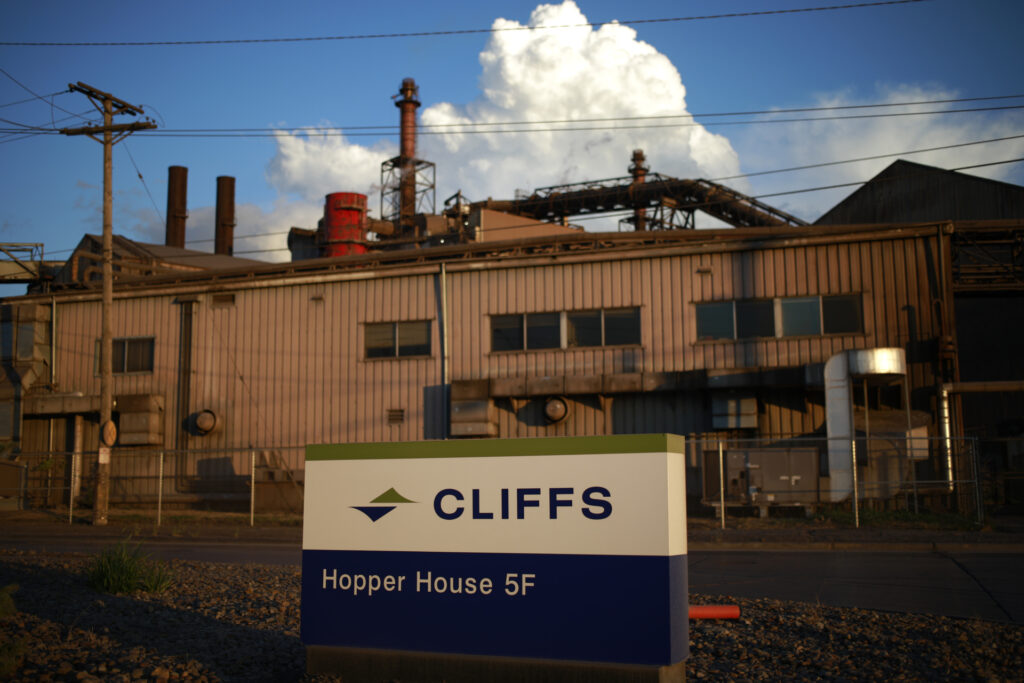 “Both of those consequences of globalization are really horrible for Ohio workers and we have to take the country in another direction,” Vance continued. “It just hasn’t worked. It’s created a large group of people in the state of Ohio, a large class of people all over the country, who have lost good middle class jobs … I care about those people.”

Vance said the issue of offshoring American jobs is not just about economics but also about a community’s culture and social wellbeing.

“When an anchor factory that supports the middle class and the town shuts down, I mean, it destroys people’s wages, it destroys the local churches because people don’t have wages to give back to those churches, it destroys the community infrastructure,” Vance said. “It doesn’t just affect people’s jobs, it affects the entire life, the civic life of the community, which is why I think we have to be willing to protect those jobs.”

A Republican congress, Vance described, ought to take the first step in protecting American jobs and industry by passing legislation that would make U.S. tariffs on foreign imports more permanent and across the board.

“To really rebuild the industrial heartland of America, you need a committed national policy of tariffs, of protecting American industries, and of supporting the workers who are going to work in those industries,” Vance said. “Without that, you’re at best going to do a little bit less damage than before.”

The latest research has suggested that permanent U.S. tariffs on nearly all foreign imports would create about 10 million American jobs in manufacturing and supporting industries while generating $600 billion in revenue.

Former President Trump’s tariffs on billions of dollars worth of foreign imports and China-made goods helped spur a manufacturing boom, the latest data shows, across a number of states.

Such a tariff-based industrial policy would have broad support from American union workers who have urged President Joe Biden not to end U.S. tariffs on China.

Executives with Cleveland Cliffs, the largest steel manufacturer in the U.S., told Vance they began reinvesting in American plants after Trump imposed tariffs on foreign steel and aluminum. Since then, though, Biden has considered ending the steel tariffs, throwing the industry for a loop. 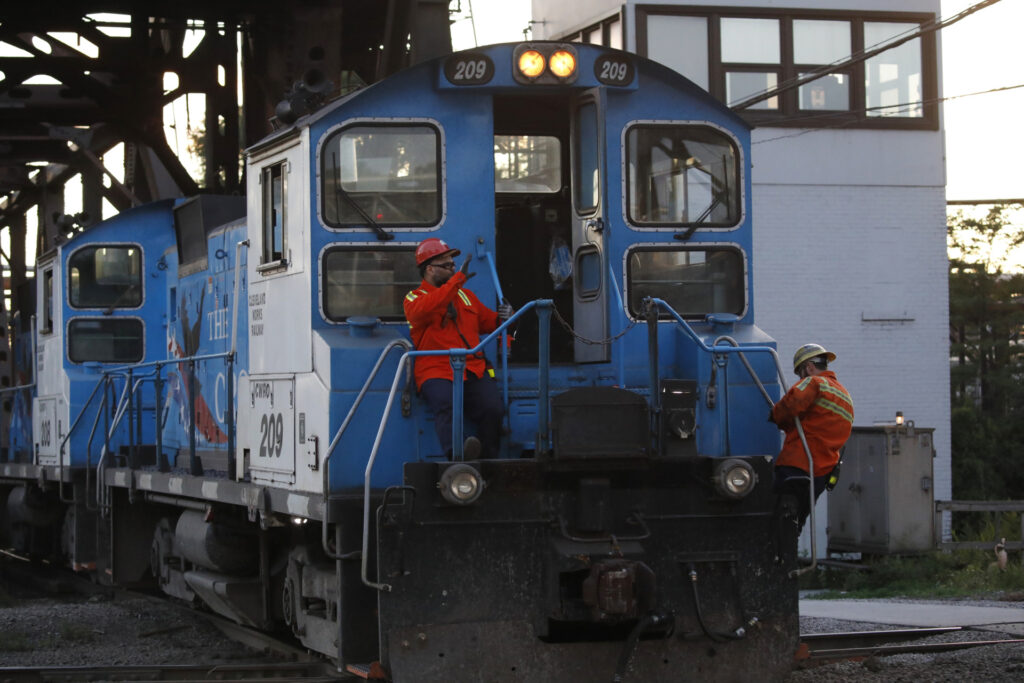 “They’re worried that the Biden administration is thinking about undoing a lot of those tariffs under pressure from corporate interests and that makes it harder for them to invest in the long-term capacity that employs workers because building a steel mill isn’t like flipping a switch,” he said. “It takes years of capital investment and years of planning.”

Another component of rebuilding the nation’s heartland, Vance said, is unleashing the American energy industry and ensuring wide-scale investment in energy jobs that would otherwise go to China.

“The energy piece of it, in some ways, is as important as the tariff piece of it because if you’re thinking about whether you produce steel, for example, an incredibly energy-intensive industry, you need a high amount of natural gas at a low cost to produce steel at that scale,” Vance said. 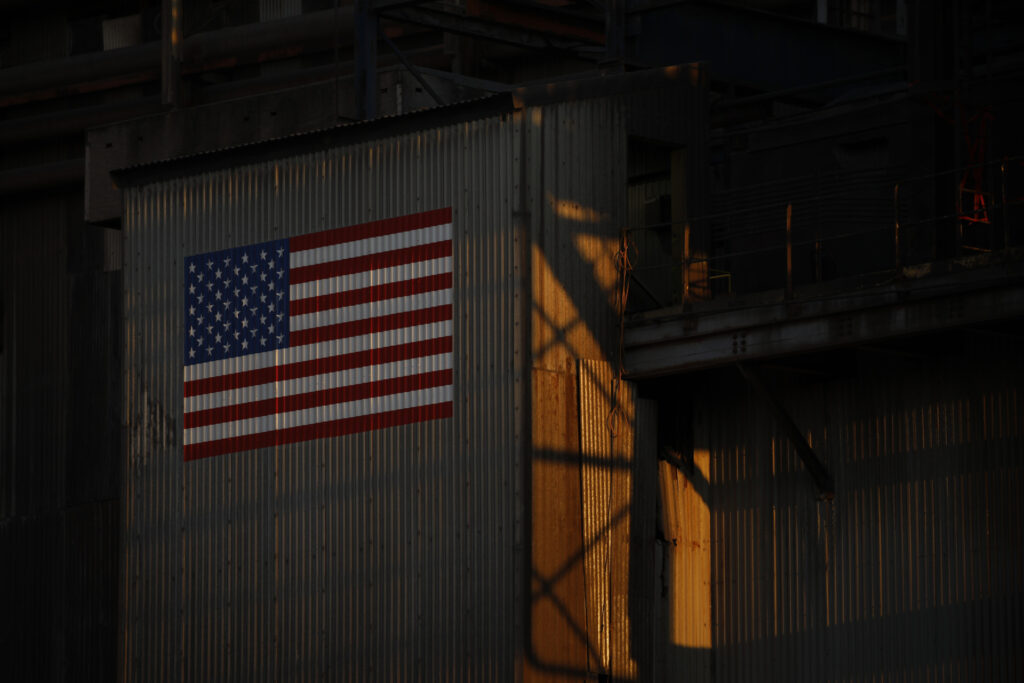 “So if you’re an American steel maker, thinking about whether you will open a factory in China versus the United States, one of the parts of the equation is whether America will protect its industries,” he continued.

The Biden administration, Vance said, is crushing the American energy industry as its number one competitor, China, is working to dominate the sector.

“And Tim Ryan, of course, has supported them 100 percent of the time,” Vance noted.

As Vance noted, throughout Ryan’s campaign, he has attempted to portray himself as being independent of his party’s leadership. As Breitbart News has reported in the past, Ryan has voted with House Speaker Nancy Pelosi (D-CA) and President Joe Biden 100 percent of the time in the most recent Congress.

In fact, during the first Ohio Senate debate, Ryan again attempted to distance himself from Democrat party leadership, saying politicians “who don’t have the guts to stand up to their own party” are a “huge threat to democracy.” Ryan claimed to align himself with Trump’s policies on occasion, even though he only voted for Trump’s agenda 16 percent of the time.

Over the lunch interview, Vance spoke about the need for a new Congress to reverse federal immigration laws that allow multinational corporations to replace American professionals — often in high-paying STEM jobs — with cheaper foreign workers on the H-1B visa program.

He also acknowledged that the country needs a “new generation of leaders,” not the “old generation” like his opponent, in addition to the U.S. needing to “protect” American single-family homes and farmland from foreign investors such as China and billionaires such as Bill Gates.

Freedom of Association Most Violated Right, Affects All Other Rights – Market Subset News

WASHINGTON, District of Columbia — Sen. Mike Lee (R-UT) said that the First Amendment right to freely associate was the most violated right by the government during coronavirus, granting it the ability to violate “all of our other rights.” “Freedom of association … is about as much at the headwaters of all of our other rights […]