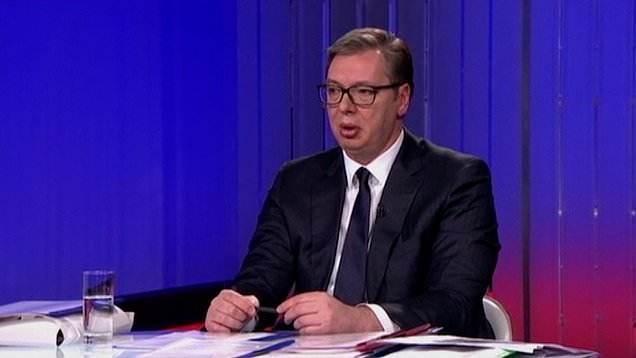 Serbia must choose between cooperating with Russia or joining the EU. This is stated by a representative of the German government to the news agency Reuters.

There will be “consequences” for Serbia if the country continues to interact with Moscow, the German representative told Reuters.

– The need for a decision is being drawn to its peak in view of the geopolitical development.

The official refers to the conflict in Ukraine and Serbia’s refusal to impose sanctions on Russia. In addition, Belgrade and Moscow signed an agreement in September aimed at expanding cooperation in foreign policy matters.

Alignment with Brussels’ stance on global issues is a prerequisite for joining the EU. Serbia has been a candidate for membership since 2009. Should Serbian President Aleksandar Vucic renege on his deal with Moscow and turn to the EU, Germany will offer its support, the source told Reuters.

– If he were to decide to go the other way, it will have the opposite consequences.

Last month, Vucic stated that Germany and France have offered to “accelerate” Serbia’s process towards EU membership if the country recognizes Kosovo’s independence.

– They believe that this will solve one of Europe’s internal issues […] but Serbia will not accept Kosovo’s membership in the UN, for both constitutional and other reasons, the president said in a televised address.

– The question is not whether we want to join the EU, but whether the EU wants to join Serbia, Interior Minister Aleksandar Vulin told the news site Novosti in October.

– I think that friendship with Russia is of the utmost importance and that without it we risk Serbia physically ceasing to exist, he added.

Fifty-one percent of independents say President Joe Biden’s economy is very bad, while two percent of independents said it is very good, a Wednesday Civiqs poll revealed. The Civiqs poll averaged 759,856 responses tracked between January 15, 2015 — September 20, 2020. The Civiqs tracking model captures the shifts in attitudes of various groups over time across all 50 states […]

A group of children in Maryland knew exactly what to do recently for a classmate worried about his twin brother. Video shows a boy, whose name is Ethan, walking into his Rockville school when several of his friends ran toward him, WSAZ reported November 3. First, two little girls ran up and threw their arms […]