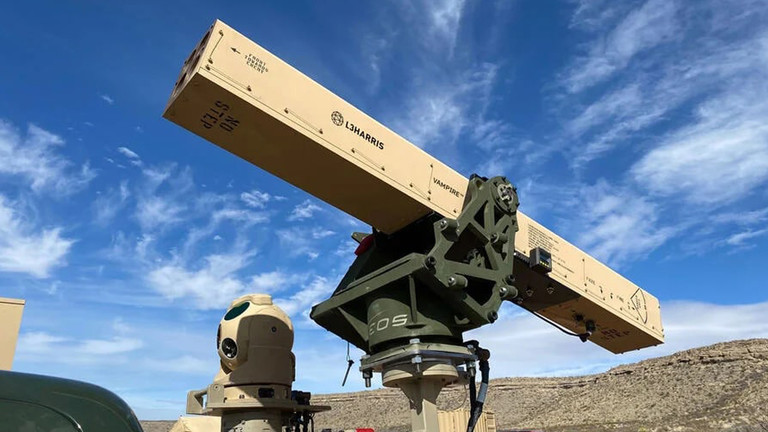 According to Pat Ryder, the Pentagon’s press secretary, Washington is committed to providing Kiev with air defense capabilities and that Kiev will soon get a number of the so-called VAMPIRE counter-drone systems. The announcement coincided with Russia’s ongoing missile and drone attacks on Ukraine’s electricity infrastructure.

The US government has not officially signed a contract for the laser-guided missile launchers, but Ryder told reporters on Tuesday that they anticipate doing so soon. He stated that “air defense remains to be a priority” and added, “Right now we’re estimating delivery to be mid-2023.”

The Vehicle-Agnostic Modular Palletized ISR Rocket Equipment (VAMPIRE) employs laser-guided bombs that can attack both ground and airborne targets, including unmanned aerial vehicles, and can be mounted on the cargo bed of practically any civilian truck. Although it isn’t stated directly, devices like the VAMPIRE have been heavily utilized in Ukraine as anti-drone weapons.

These systems are a part of the $3 billion in armaments that the Pentagon announced in August for Ukraine. This also applies to NASAMS, the National Advanced Surface-to-Air Missile System, which Washington again claims will reach Ukraine “very soon.”

According to a Pentagon spokesman on Tuesday, the US has sent eight NASAMS and the associated bombs, and two of them would shortly be in Ukraine.

Since Russia changed its military strategy in Ukraine to employ low-cost kamikaze drones to damage Ukraine’s energy infrastructure, Kiev has been calling for more sophisticated air defense systems. So far, Kiev’s air defense systems from the Soviet period and NATO supplies have been unable to successfully halt the Russian UAVs.

Since the huge attacks on Ukrainian energy infrastructure started, several parts of Ukraine, including Kiev, Zaporozhye, Dnepropetrovsk, and Kharkov, have been regularly experiencing blackouts. After accusing Kiev of launching assaults on its infrastructure, particularly the vital Crimean Bridge, Moscow became more aggressive.

International News Italy: ‘Gift from women to other women’ – Volunteers offer free knitted prosthetics for breast cancer fighters Posted on October 20, 2022 Author marketsubset Spread the love Spread the love Volunteers offer free knitted and crocheted prosthetics for women who have undergone mastectomy surgery for breast cancer, as can be seen in the […]

Qatar showcased its Ras Abu Aboud stadium in Doha, also known as Stadium 974, a fully demountable venue ahead of World Cup games. The stadium was built using 974 recycled shipping containers as modular building blocks as part of a sustainable design concept. The number 974 is also the Qatar area code. Stadium 974 was […]

Emergency departments in California’s San Diego County are reportedly seeing an overwhelming number of patients as flu season ramps up. According to an article published in the San Diego Union-Tribune on Friday: Scripps Memorial Hospital Encinitas, Jacobs Medical Center at UCSD Health in La Jolla and Sharp Grossmont Hospital in La Mesa all reported Friday that […]