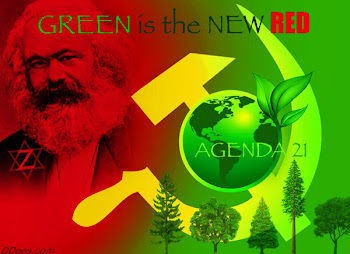 As the global warming cult continues to proselytize the world with all sorts of climate nonsense aimed at deindustrializing and depopulating the West, we could not help but notice that many of the most climate “progressive” countries in the world are all claiming, via the corrupt media, that their land is somehow warming at a faster rate than everybody else’s land.

Take South Africa, for instance. In 2018, it was reported that the country has “warmed at twice the global average” – pretty scary, eh?

The only problem is that West Africa reported the very same thing that year, as did a number of other countries. How can it be that all of them were simultaneously warming much faster than each other?

The answer, of course, is that they were not. They all just stole the same headlines and plastered them across local corporate-controlled media headlines to scare their populations into accepting the latest “green” initiatives, which are typically anti-energy and anti-freedom.

When it comes to media reporting about global warming, a good rule of thumb is to not believe any of it

Across the world in Australia, similar headlines were appearing back in 2015. One media outlet reported that Australia is, you guessed it: “heating up faster than the rest of the world.”

Use of the term “heating up faster” has appeared all over the world, in fact, almost like it was copied and pasted from some centralized fake news media “mothership” and spread to countries all over the place in tandem.

Those same headlines would appear again and again in Australia and these other countries in the years that followed, including in 2020 when Statista claimed once again that Australia was “warming faster than global average.”

Over in Canada, numerous media outlets in 2019 all made similar claims about how our neighbors to the north (for those who live in the United States) were experiencing “drastic weather changes” that were “expected” because of man-made climate change.

Not one, two, or three, but rather four reports (at least) stated that Canada was “heating up 2x faster” or “twice as fast” compared to the rest of the world, again using the exact same language as the media reports in South Africa and Australia.

The Arctic has also received lots of attention from the global warming cult because that is where the infamous “melting ice caps” are located, which we are told are leaving polar bears stranded without a home.

One report published just this year, in fact, claims that the Arctic is “warming 4 times as fast as the rest of the earth,” once again stealing that same word play from the other earlier reports published elsewhere in the world.

Even communist China is churning out propaganda claiming that it, too, is “heating up twice as fast as the rest of the world.”

One wonders if there is any part of the world that is not warming at a rate at least twice as fast as the rest of the world? When you put it that way, the ridiculousness of the whole global warming scam becomes clearer than ever (be sure to tell your friends).

Sens. Elizabeth Warren (D-MA) and Ed Markey (D-MA) are urging Joe Biden’s deputies to offer the body-changing testosterone hormone to a wide range of people, such as depressed teenage girls. The two Democrats requested that federal agencies loosen restrictions on testosterone so that transgender people can access it more easily, according to an exclusive report […]