Michael Walsh, author of , noted on Wednesday’s edition of SiriusXM’s Breitbart News Daily with host Alex Marlow that the World Economic Forum’s [WEF] Great Reset program seeks to reduce the human population while restricting freedoms under the auspices of what the leftist organization describes as “climate change” and “public health” pursuits.

Walsh recalled how the WEF’s Great Reset operation was widely dismissed by leftists as a “conspiracy theory,” despite the WEF regularly promoting its Malthusian vision on its website, at its hosted discussion panels, and on its podcast titled The Great Reset.

“[The Great Reset] is a conspiracy that’s actually on the website of the people who are conspiring,” Walsh remarked. He described the WEF as “a consortium of plutocrats, fascists, and governmental apparatchiks.”

The WEF’s executives and membership share a vision of endlessly centralized control over humanity via increasingly tightening spheres of freedom around individuals, Walsh observed.

“[They] wish to basically have you live in a high-rise, drive an electric car — or preferably don’t drive the electric car, they don’t like you mobile — and eat bugs,” he said.

He stated, “They even wrote a book called COVID-19: The Great Reset. So now you see the link to what we just went through for two years of the COVID hoax, and the COVID fascist lockdowns, and the abrogation of our civil rights.”

Walsh determined that public compliance with fascistic edicts and decrees ostensibly imposed as measures to reduce coronavirus transmission has emboldened WEF architects of the Great Reset. 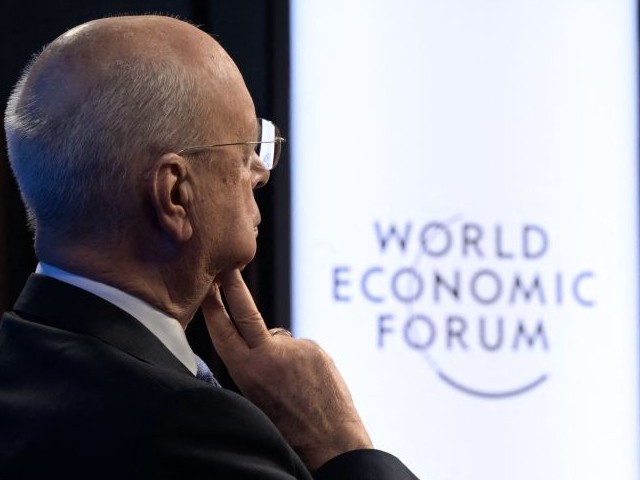 Founder and Executive Chairman of the World Economic Forum (WEF) Klaus Schwab is seen at the opening of the WEF Davos Agenda virtual sessions at the WEF’s headquarters in Cologny near Geneva on January 17, 2022. (Photo by Fabrice CoffriniI/AFP via Getty Images)

He lamented, “The worst thing is we passed their tests with flying colors. We lined up to go into those sheep slaughtering pens, and it’s the biggest disgrace I’ve witnessed.”

“The Great Reset wants to keep you locked down,” he added. “They want fewer people in the world, for one thing. They’re not even shy about that, anymore. But they need you where they can see you, and the idea of mobility, which America is founded on … well, they don’t like that. That makes them very, very uncomfortable.”

He concluded, “What they also don’t like is freedom. They need you as a consumer. It’s the matrix, really.”

‘You Can’t Make This Up’ – Market Subset News

Advertisement OPINION: This article may contain commentary which reflects the author’s opinion. Georgia Democratic gubernatorial candidate Stacey Abrams appears to have significantly harmed her chances of winning her race following a comment she made about abortion and the current wave of inflation under President Joe Biden and a Democrat-controlled Congress. In an interview with MSNBC […]

Wuhan residents underwent COVID-19 tests as a part of the lockdown to tackle an outbreak of the virus nearly three years after the detection of respiratory disease in the Chinese city. The lockdown saw stores, districts, streets and malls in Wuhan blocked and sealed after China announced a third straight day of up to 1,000 […]