Sen. Patty Murray (D-WA) touted her support for the so-called “Inflation Reduction” Act at Sunday evening’s Senate debate with her opponent, Republican Tiffany Smiley, who is putting her through a tough reelection campaign.

Smiley said Murray’s support “sounds like a Washington, DC, answer to me,” telling the 30-year incumbent, “you are Washington, DC.”

“Sen. Murray stood with Joe Biden with the ‘Inflation Reduction’ Act and said this is going to help us,” Smiley said. “Don’t be deceived by the name; it does nothing to combat inflation, in fact, it raises taxes on all of us.”

Smiley also slammed Murray on other issues that are hurting the economy, pointing out that Murray voted for “87,000 IRS agents coming after our small business owners and hard-working Washington families.” 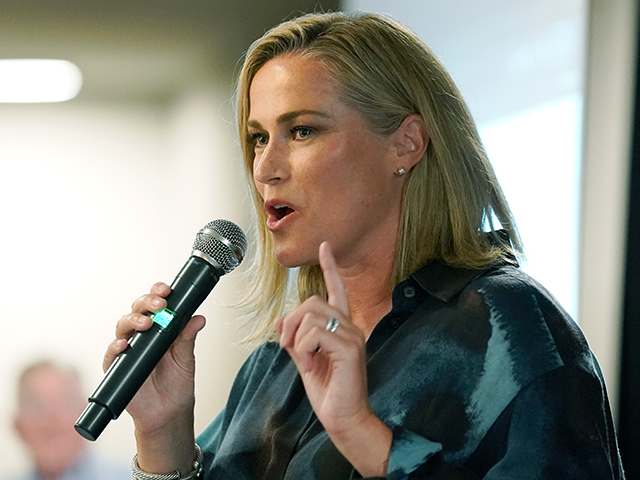 She also said that “Murray was the deciding vote on the excise tax on natural gas,” adding, “you will see your energy prices go up.”

As Breitbart News reported, “economists, even liberal economists, have spoken out against the massive level of government spending done by the Democrats, which has fueled the inflation crisis causing suffering for Americans.”

Smiley also called Murray the “face of big government” during the debate.

Polls are showing this race as closer than expected, with Larry Sabato’s Crystal Ball putting it on “upset alert” and Smiley polling within the margin of error.

A World War I veteran went missing in NYC decades ago. Now a man has admitted to his murder. – Market Subset News

Iraq: Six killed, 16 injured in buildings collapse due to gas explosion in Sulaymaniyah

J.D. Vance, Republican candidate for U.S. Senate in Ohio, joined former President Donald Trump on stage at a “Save America” rally on Saturday evening and called for an increase in border patrol agents instead of IRS agents. As Trump called Vance to join him on stage, he noted that Vance is supported by “all the […]