“Our children are set back terribly,” Smiley said at Sunday evening’s debate in Spokane, Washington. She pointed to a massive decline in test scores and an increase in childhood anxiety and self-harm as results of Democrat pandemic protocols for schools.

“You doubled down,” she said to Murray. “You said you have no regrets how we handled the pandemic. You were a champion of mandates and shutdowns and our children suffered.”

“My opponent keeps talking about this like it was a national decision,” Murray continued. “It was up to local school boards based on public health reasons.” 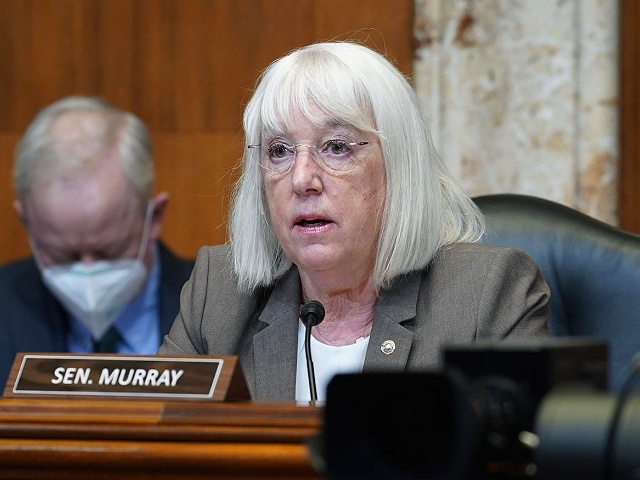 Murray appeared to forget that Democrat-run school boards across the country were closing their doors, and it was the recommendation of the federal government for them to do so. Many pediatricians warned about the effects of such shutdowns.

Smiley said Democrats had “no plan to catch them up” after their disastrous policies wreaked havoc on children’s learning, saying the issue was not an issue of money but rather an issue of bad leadership.

The Washington Republican spoke further about her education policies, including having money follow the child, not the school.

She said she wants to ensure “that your zip code doesn’t determine your destiny in Washington state — that parents have a choice in where they send their children for education.”

Smiley also called to “expose children to trades at a much younger age,” arguing that a “college education isn’t the only pathway to the American dream” and that culturally we must “reduce the stigma that college is for everyone.”

Murray replied that “our public education system is the backbone of our democracy,” arguing that the government “cannot funnel that money to private, for-profit, unaccountable, public [sic] schools.”

The Washington Senate race is polling closer than expected, with Smiley within the margin of error to beat Murray.

I recently returned from a trip to a Customs and Border Protection Processing Site in McAllen, Texas. I surveyed the lacking border fencing and watched as illegal migrants were allowed to walk into the United States. The message I received from Border Patrol is that under this administration, there are no consequences for illegal immigration, […]