Sen. Patty Murray (D-WA), who is in a tighter-than-expected reelection campaign against Republican Tiffany Smiley, vowed to “codify Roe” if sent back to the Senate.

“I believe that every woman should be able to make her own healthcare choices about her own family, working with her doctors, her faith, and her own needs,” Murray said at Sunday evening’s debate in Spokane, Washington.

“They overturned 50 years of precedent and put this country and women’s lives in chaos,” she continued. “We have women coming here to Washington state because they can’t get reproductive care in their own states.”

Murray also pushed the idea that abortions “save lives and help women” and that women who seek abortions are getting threatened with arrest.

The Washington Democrat said she would support killing the filibuster in order to codify the infamous abortion case. Smiley supports the filibuster and said it “balances the power” in the Senate.

Smiley said she opposes a federal abortion ban and that there are “good people on both sides of this issue.” 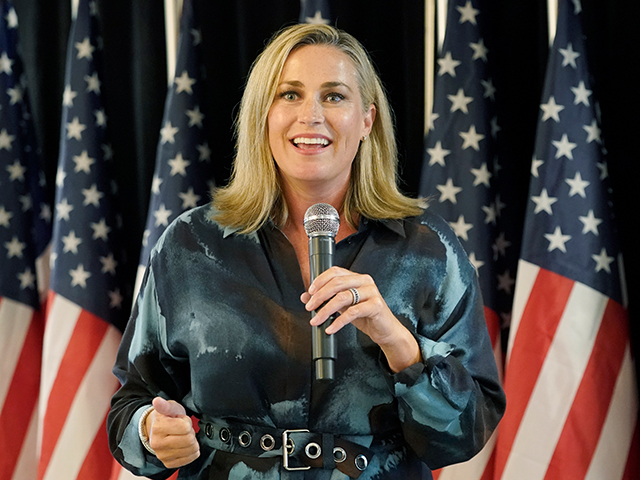 Agreeing with the Supreme Court’s decision to overturn Roe, however, Smiley said that the decision “gave the power to the people, and that’s where I believe it belongs.”

She also said she would “ensure that women have access to health care,” “affordable access to contraception and childcare,” and “ensure … [pregnancy] is not a ticket to poverty.”

“There is one extreme on this issue and it’s Sen. Murray because if she had it her way, she would change the will of the voters,” she continued, explaining that Murray’s ideal “would be taxpayer-funded abortion on demand all the way up to the point of birth.”

Smiley then asked if Murray supports any legal limitations on abortion at all, to which the senator did not respond.

A fleet of 500 drones illuminated the New York skyline over the Hudson river in a huge promotion for the mobile video game Candy Crush Thursday night. Footage filmed on Thursday features heart-shaped onjects, candy balls, flowers, and stars made by drones, which look like candy items from the game itself. A hashtag ’10 years […]

We Have to Figure out How to Handle Blue State Voting Laws, Mail Voting Can Work for GOP – Market Subset News

On Wednesday’s broadcast of the Fox News Channel’s “Fox & Friends,” Rep. Michael Waltz (R-FL) said that Republicans can succeed with mail-in voting that has integrity and need to figure out how to work the voting laws in blue states and “fight on that battlefield and how to get our rural and our senior citizens […]