Dr. Anthony Fauci and other White House officials must testify under oath in a lawsuit alleging the Biden administration colluded with Facebook and Twitter to suppress free speech regarding coronavirus, a federal court ordered on Friday.

The case argued that under Norwood v. Harrison and other Supreme Court precedents, government cannot use a private company to do something that the Constitution does not allow the government to do directly.

Missouri and Louisiana argue that the Biden administration is suppressing free speech about coronavirus, and by attempting to do so by colluding with the tech giants, Big Tech became part of the government, and as such they must all abide by the First Amendment.

Dr. Anthony Fauci’s retirement will not stop a “full-throated investigation” into the origins of the Chinese coronavirus, Sen. Rand Paul (R-KY) warned. https://t.co/kvRWtMPiIj

The case was filed in the Western District of Louisiana to Judge Terry Doughty, an originalist and textualist who was appointed by President Trump. Schmitt and Landry have aggressively pursued both the White House and the Big Tech giants, seeking a preliminary injunction.

On March 21, Judge Doughty granted a request for discovery by Schmitt and Landry, ordering Fauci, former White House Press Secretary Jen Psaki, Surgeon General Vivek Murthy, and others to sit under oath for up to seven hours each, answering potentially hundreds of questions about all internal communications in the Biden administration and the officials’ communications with Facebook and Twitter about COVID-19. 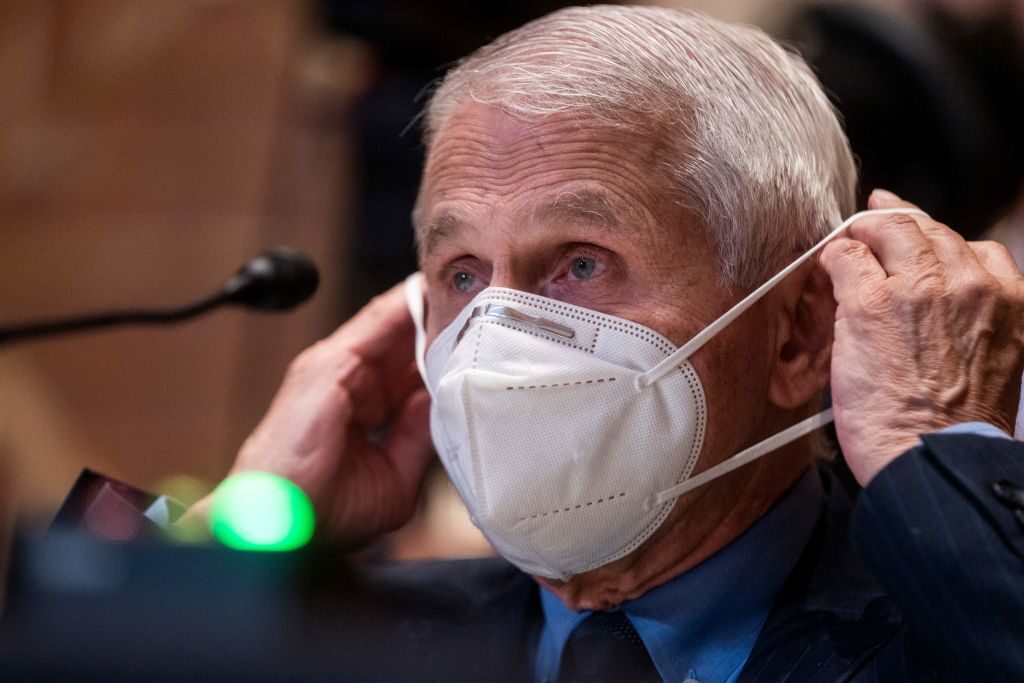 Director of the National Institute of Allergy and Infectious Diseases Dr. Anthony Fauci removes his protective mask during a Senate Appropriations Subcommittee on Labor, Health and Human Services, Education, and Related Agencies hearing to examine the proposed budget for fiscal year 2023 for the National Institutes of Health, on Capitol Hill in Washington, DC, on May 17, 2022. (SHAWN THEW/POOL/AFP via Getty Images)

The case is Missouri ex rel. Schmitt v. Biden, No. 3:22-cv-1213 in U.S. District Court for the Western District of Louisiana.

Breitbart News senior legal contributor Ken Klukowski is a lawyer who served in the White House and Justice Department.

Advertisement OPINION: This article may contain commentary which reflects the author’s opinion. Texas Republican Rep. Chip Roy is ripping Democrats for claiming publicly that they support a bill aimed at preventing lawmakers from insider trading. In a letter sent to House Speaker Nancy Pelosi, the Texas Republican slammed Democrats for not moving with any urgency […]

On Monday’s broadcast of CNN’s “The Lead,” Sen. Elizabeth Warren (D-MA) claimed that Republicans are the ones who want the Federal Reserve to engage in interest rate hikes that will “put millions of people out of work.” Warren said, “I just want to say here, it’s the Republicans who are trying to keep 43 million […]

Residents of Tel Aviv expressed their opinions on parties’ campaigns on Sunday, ahead of Israeli legislative election, which will take place on November 1. Footage shows Tel Aviv streets full of different parties’ billboards, with party delegates distributing ads for parties’ campaigns in streets. “It is very bad quality. the election campaigns have lost their […]