Kathy Salvi, Republican nominee to represent Illinois in the U.S. Senate, said on Friday’s edition of SiriusXM’s Breitbart News Daily with host Alex Marlow that her opponent, Sen. Tammy Duckworth (D-IL), has been “on the wrong side” of many political issues, ranging from the “defund the police” campaign to border security.

“She’s voted against every bill to secure the border,” Salvi stated. “She’s voted for every bill to defund the police. She even supported Lori Lightfoot and Kim Foxx in Cook County, [who] are universally destroying the city of Chicago and its greater suburban area.”

Illinois is particularly afflicted by “far-left progressive” politics relative to most other states, Salvi said.

“We’re hurting nationwide, but Illinois holds a special spot for the push of the far-left progressive agenda,” she remarked. “The schools are in turmoil in many places. Our kids aren’t learning, and parents everywhere are concerned that their children are being shortchanged in the classroom.”

The Republican candidate noted that Illinois, like California and New York, is losing residents to freer and more prosperous states. Illinois has food and gas prices “way above the national average,” she said, and is “one of the three states of the nation people are exiting.”

“Many people are just fleeing,” she remarked. “They’re going to Iowa, Indiana, Wisconsin, Tennessee, Florida. You name it.”

She added, “I plan to change that. I believe in Illinois. I love its people, and it’s rich in natural resources. As fifth-generation Illinoisan, I’m going to stake my claim and turn things around as best I can.” 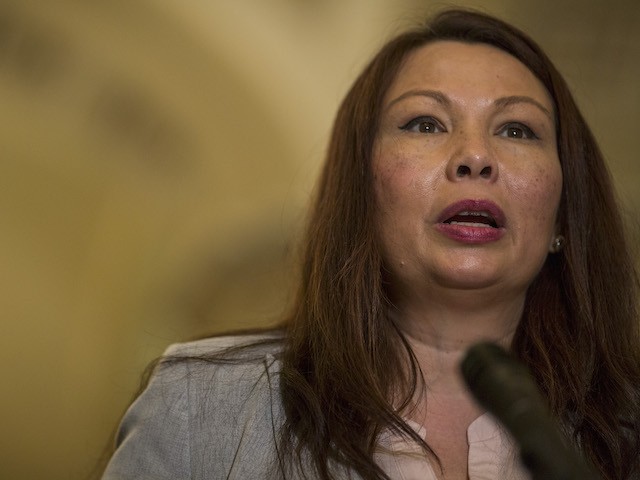 “If Tammy Duckworth was doing the job, we wouldn’t be hurting as much as we are,” she determined.

Breitbart News reported last week on the omission of Salvi’s name from a list of senatorial candidates in Schuyler County, IL:

Republican Kathy Salvi’s name was mistakenly left off the list of candidates for U.S. Senate on hundreds of ballots in one Illinois county, prompting local officials to sequester all ballots that had been returned by early voters thus far in the 2022 midterm elections.

“Voter integrity is on the ballot,” Salvi stated. She warned against “voter apathy” among those viewing elections as corrupted.

She remarked, “People in Illinois, they think the game is rigged. Corruption almost starts in Chicago, and I have to try to rally them and say, ‘No, you get involved, stay involved,’ and this example of what happened in Schuyler County has really shaken all of us.”

Advertisement OPINION: This article may contain commentary which reflects the author’s opinion. A member of the far-left congressional “squad” released her political memoir this week to dismal sales figures. Rep. Cori Bush (D-Mo.) released the title, “The Forerunner: A Story of Pain and Perseverance in America,” but it only sold 729 copies in its first week, […]

Advertisement OPINION: This article may contain commentary which reflects the author’s opinion. Another Republican congressional candidate backed by former President Donald Trump came out on top during Tuesday’s primaries, furthering his hold on the GOP. What’s more, the New Hampshire candidate, Karoline Leavitt, who worked in Trump’s White House communications office and later for the […]