The poll found that 48.6 percent of likely Arizona voters say they would vote for Lake, compared to 45.3 percent who support Hobbs. Lake is also more favored than Hobbs among Arizonans, with Lake’s favorability rating sitting at 45.8, compared to Hobbs’ 39.5 percent.

Co/efficient’s poll is one of several recent surveys that found Lake polling higher than Hobbs. Lake has a 1.6-point advantage over Hobbs, according to the RealClearPolitics average.

Lake’s lead comes as Hobbs has refused to answer Lake’s repeated calls for a televised debate between the two candidates before election day.

“How do you debate someone who refuses to accept the truth, who doesn’t live in facts?” Hobbs recently said on MSNBC. 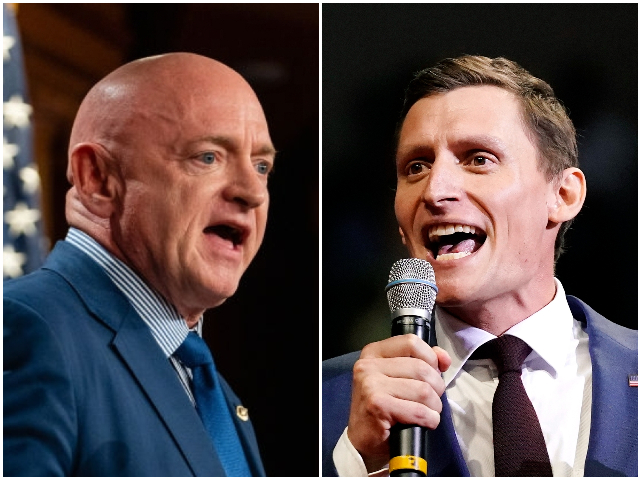 Meanwhile, in the state’s Senate race, Masters is trailing closely behind Sen. Kelly, polling at 44.8 percent compared to Kelly’s 46.6 percent. However, Kelly’s narrow lead is well within the poll’s ±3.09 percent margin of error, which means the race is statistically tied.

Twitter appears to be suppressing the results of video searches for the name of Italy’s election winner, Giorgia Meloni, making it harder for users of the platform to discover her speeches. This comes after a clip of a 2019 speech from the future Italian Prime Minister went viral across multiple platforms. In the 2019 speech, […]

Advertisement OPINION: This article may contain commentary which reflects the author’s opinion. Sworn testimony in the trial of a Russian operative said to be the primary source behind former British spy Christopher Steele’s “dossier” on then-GOP presidential nominee Donald Trump was laced with a bombshell revelation. Under questioning from special counsel John Durham in the […]

Advertisement OPINION: This article may contain commentary which reflects the author’s opinion. CNN host Jake Tapper is demanding answers as to what President Joe Biden is talking about after the White House had to walk back comments he made about being close to “nuclear Armageddon.” Russian President Vladimir Putin is “not joking when he talks […]